“Close Every Valve to Your Bleeding Heart” by Ha Ha Tonka 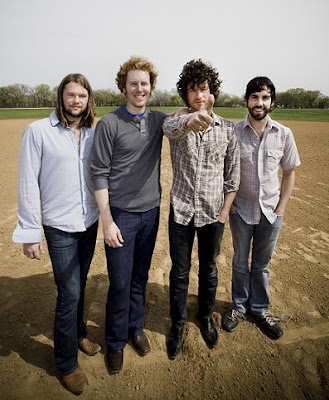 Ha Ha Tonka sure know how to pull those tattered heart strings of an unemployed man who spends too much time pondering his lot. “Close to Every Valve of Your Bleeding Heart” is a sad song, and a drinking song, with the added punch of some Doestoevsky name dropping. At first its, “Only Doestoevsky would dream up a pair like us.” Then, as the band picks up steam, and guitar picking and a lonely, broken voice become power chords and audible frustration, it’s “Only Doestoevsky could kill off a pair like us.” Now, that’s some good sounding desperation.

Ha Ha Tonka’s latest release, Novel Sounds of the Nouveau South, is out now on Bloodshot Records. They’ll be in Cleveland this Thursday, June 25th, for a show at The Beachland Tavern.