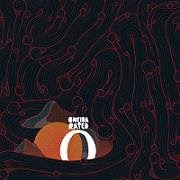 Any triple album, like Oneida’s Rated O, contains a certain amount of selfishness on the band’s part. When Oneida’s Kid Millions discussed the album with Dusted Magazine, he made it fairly clear that this three disc set was principally about The O making an album for themselves, for at the end of the day, it’s the members of Oneida who have the closest connection to the band and their work.

So, what can you expect in the 120+ minutes of Rated O? Well, in the first 30 minutes there’s post-industrial dub (“Brownout in Lagos,”) tribal techno (“What’s Up Jackal,”) something resembling late ’90s IDM crossed with ’80s soundtracks (“10:30 at The Oasis,”) and crushing, rumbling motorik (“Story of O”) all channeled through the ears of one of our era’s pre-eminent experimental rock bands. And being a triple album, it only gets deeper, denser, and more cerebral from there — Primitive riff-rock meets Sandinista! (“Ghost in the Room,”) and electro-doom (“Luxury Travel,”) are but two more of the unique genre clashes you’ll encounter.

But is Rated O any good? Well, now, that’s a tricky question, isn’t it? Two more weeks, nay, two more months may be needed to realize its true scope. And even though the calendar reads mid-July, I’m very comfortable in my assertion that Rated O will be one of the more, if not the most challenging record you’ll hear all year. (N/R) 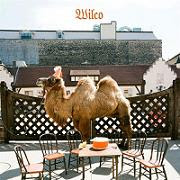 As others have noted before me, Wilco (The Album) can be taken as a collection of Wilco’s recent work, from Summerteeth through Sky Blue Sky. And while not a greatest hits collection per se, it does contain many of the same sentiments and styles of the albums which have preceded it. And to that end, the the purpose of Wilco (The Album) is answered immediately by Jeff Tweedy in “Wilco (The Song)” with the tongue in cheek chorus, “Wilco will love you, baby.” This is one for the fans of Wilco’s brand of red-eyed ballads and mid-tempo, jangly rock.

Now, that being said, if you didn’t enjoy Wilco’s foray into krautrock on A Ghost is Born with “Spiders/Kidsmoke,” you probably aren’t going to be enamored with its companion piece on Wilco (The Album), “Bull Black Nova.” Similarly, if you found the bulk of Sky Blue Sky adult contemporary stylings to be lackadaisical, the star power of Feist, won’t be enough to save “You and I.” Still, one has to consider Wilco (The Album) an improvement over Sky Blue Sky. Not only does have the familiarity factor going for it, something which no doubt will appeal to long time fans, but finally, Tweedy has freed some space for designated shredder, Nels Cline, to do more than rehash old Steely Dan albums. The man has been a revelation on recent tours, and now, that he’s added some Sonic Youth to his Steely Dan, he should prove to be a revelation on record, as well. (7/10 on the Rockometer) 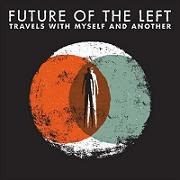 With Future of the Left’s second full-length, Travels With Myself and Another, we may finally be able to put the ghost of Mclusky to rest. The members of Future of the Left certainly would like nothing better. At a recent live performance, FOTL’s bassist Kelson Mathias responded to repeated requests for old Mclusky songs from a member in the crowd with the pointed jab, “I don’t go to your job — McDonald’s — and shout where you used to work, Burger King.”

Ah, yes, these Welshmen sure do have a humor about them. They also have an album in Travels with Myself and Another, that had our heckler bothered to play, matches the Mclusky discography in intensity, fire, and searing wit.

Starting with the opening guitar blast of “Arming Eritrea” Travels with Myself and Another maintains a sharp, militaristic tone. The bass, though often operating in lower octaves remains tight and clear, while drummer Jack Egglestone relies mainly on bass and snare to give many of Travels’ numbers a marching cadence. Then there’s Andrew Falkous, always quick to savage the ears with curt, forceful guitar lines and always quick to skewer any and every Welshmen with his sharp tongue, he’s now taking on bigger and better targets, like God, religion, money, and power. When coupled with focus of Egglestone and Mathias, it makes him more than just a sneering malcontent, but a sneering malcontent ready to lead his troops from the stale ale houses of Cardiff and onward to revolution. (8/10)

YOUTUBE: Future of the Left – The Hope That House Built 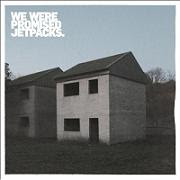 We Were Promised Jetpacks
These Four Walls
Fat Cat

Initially, I cringed at the tag “Scottish Emo” placed on the trio of Frightened Rabbit, The Twilight Sad, and We Were Promised Jetpacks. Who wants to have anything to do with the word emo and all its baggage in the year 2009? It certainly isn’t a micro-genre any of these acts would have chosen for themselves. Yet, when you listen These Four Walls, the debut release by We Were Promised Jetpacks, there is something undeniably emo about it. Vocalist Adam Thompson can sure get emotional, and he has that whole whisper to a wail vocal range thing down pat. And the Jetpacks are most apt at building their guitars to grand, arching, crescendos. Sure, there’s hints of more modern acts — a post-punk drum beat knicked from Franz Ferdinand here, a glistening instrumental passage borrowed from their country-mates, The Twilight Sad, and more than a hint of early British Sea Power. Yet, e-word remains. Their youth, aggression, and love a big, shout-about in the chorus (see “Quiet Little Voices,”) all point to the Scottish equivalent of The Get Up Kids. This isn’t a knock on the band as much as its a warning. Don’t be surprised if These Four Walls leaves you with an insatiable urge to rock out Four Minute Mile or Red Letter Day. (6/10) 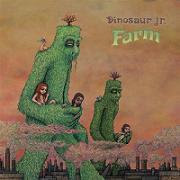 No longer a question of should Dinosaur, Jr get the band back together, or why they got the band back together, or even if the original lineup of J Mascis, Lou Barlow, and Murph still has it after all these years, but the question is now, how long can they keep this up? Not content to do the traditional reunion route of performing classic albums during one-off gigs or taking a victory lap to replenish the coffers, the original lineup has now been back together for two albums and numerous tours, and as their most recent release, Farm, shows, this is a band who is a vital and necessary as ever.

From the all-consuming fuzz of “I Want You to Know” to squelching opening solo of “Over It,” to the sinewy outtro during “Plans,” Mascis’ guitar is and remains the focus of Dinosaur, Jr, perhaps now more than ever, validating those Neil Young comparisons, both in sound and style, and as a mentor for the new generation. And while his gurgle and mumble vocal delivery will never make him a singing sensation, there’s significantly more confidence and clarity in his voice, as if he’s finally ready to emerge from behind his giant stack of amps.

If the guitar mastery of Mascis is a given, what hasn’t been a given in recent Dinosaur, Jr releases, going as far back as 93’s Where You Been and 94’s Without a Sound, is consistency. Most of their albums have been a mix of obvious singles (“Feel the Pain,” “Out There, “Start Choppin'”) and album fodder. This isn’t the case with Farm. Nothing in the album’s sixty minutes seems forced, or out of place — not “See You,” a mid-tempo ballad featuring a winding, almost jammy riff, and not “Said the People,” a slow, murky, psychedelic piece. Even the Lou Barlow numbers, “Your Weather” and “Imagination Blind,” are far more integrated into the album than they were on the band’s first comeback attempt, Beyond, no longer sounding like someone sandwiched some of his Sebadoh tracks in the middle of a Dinosaur, Jr album.

Farm ends abruptly on that second Barlow track, “Imagination Blind,” leaving the album open-ended. Not that Dinosaur, Jr has anything left to prove at this stage in their career, but it does seem to be sending a clear message to anyone who doubts their motives — “Here’s 60 minutes of our best work, and we could have easily done 60 minutes more.” (9/10) 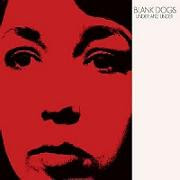 Blank Dogs
Under and Under
In the Red

Blank Dogs have some hooks while doing a lo-fi version of New Order on tracks like “Slowing Down” and “Falling Back,” and they do manage to conjure up the requisite levels of moroseness when they do their lo-fi version of Pornography-era Cure on “Blue Lights and “Setting Fire to Your House,” and “Around Your Room,” but the question remains, “Do we really need lo-fi, new-wave, dance pop?” I’m comfortable and even fond of lo-fi punk, lo-fi pop, and lo-fi garage, even the lo-fi folksiness of bands like Ganglians and Woods have their moments, but at some point the underground will have to come up with some new tricks, else shoddy mics, thrift store keyboards, salvaged mixers, and twenty-second hand guitars will be as cliche as autotune. (5/10) 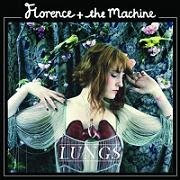 Florence and the Machine
Lungs
Universal/Island

Who is Florence and what is this Machine? Well, in her early days gigging around London, Florence was Florence Welch and the Machine was any bloke she could get to stand in on guitar. In that guise, performing weathered, worn, and pained soul tunes, she was positioning herself to be the English and female equivalent to Jack White. With a powerful voice, a love of the old blues, and a persona not averse to dirty business, her early singles only added to her mystique — “My Boy Builds Coffins,” “Kiss With a Fist,” and “Girl With One Eye” — you needn’t even listen to know Florence was one woman who didn’t mess around.

For her full length debut, Florence has a new machine. Well, it’s not really a new machine, it’s a very old machine — the major label machine. And with Florence, the major label machine is doing the same thing its always done — trying to take an unknown and make her a star. This means those dusty, old grooves are gone and in their place are much bigger productions, dance beats, and an amalgamation of Kate Bush, Sinead O’Connor, and Bat for Lashes. I miss the old machine. (5/10) 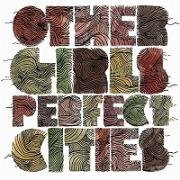 As my arch-nemesis at Defaliens said while trashing this band with their usual blend of libel, slander, and homo-erotic d*ck jokes, Other Girls are “Pop-punk for adults.” And quite honestly, that short description isn’t too far off. With a mature sense of construction, incorporating precise and slicing guitar riffs with diverse bits of modern indie from the likes Interpol and Band of Horses into the standard, three-minute, verse-chorus-verse pop song, they’ve made the rare power pop album that doesn’t crash after that initial sugar rush. (7/10) 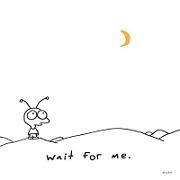 Moby
Wait for Me
Mute

Moby’s Wait for Me relives the more elegiac and pastoral moments of both his breakthrough record, Play, and its follow-up 18. Is the fact that there isn’t one dance-floor stormer, or one obvious pop moment a problem here? Depends on your expectations. Wait for Me is perfect for lazy afternoons and late nights. Gearing up for that late night? Not so much. (6/10)