Warning: "continue" targeting switch is equivalent to "break". Did you mean to use "continue 2"? in /nfs/c06/h01/mnt/88637/domains/blog.irockcleveland.com/html/wp-includes/pomo/plural-forms.php on line 210
 I Rock Cleveland I Rock Cleveland | 2009 Pitchfork Music Festival Day 1: Built to Spill, Jesus Lizard, and Yo La Tengo 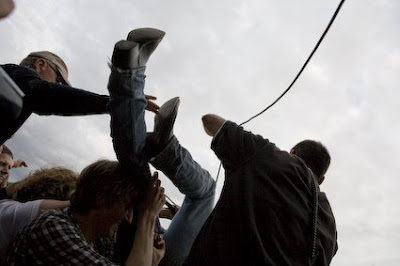 With apologies to Dough Martsch and Built to Spill, who were by schedule, the first night’s headliners, day 1 of the 2009 Pitchfork Music Festival belonged to David Yow and the reformed Jesus Lizard. It’s simply a matter of fact. Any band with the misfortune of following Yow is going to sound like a bunch of choir boys in comparison. Tonight, those choir boys just happened to big, bearded boys, with guitars and a boundless supply of intricately winding guitar solos.

Looking like a balder, dirtier Bill Maher, in jeans and black tee, Yow was in the crowd for his first of six or seven dives before the first note even had a chance to resonate over the festival fields. He received a hero’s bath of $5 beers and plastic cups. And when the older gents front stage weren’t hoisting Yow upon their shoulders, they were thrashing and slam dancing like it was 1993. Talk about a lost opportunity, if the Teeter Hang Up guy had a booth at the festival he would have made a killing on those old time Jesus Lizard fans alone. 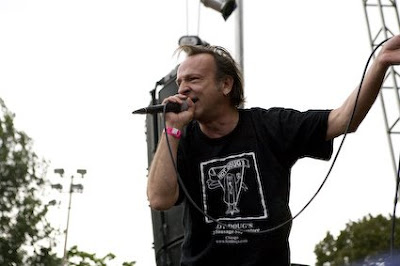 Surprisingly, it wasn’t just the dudes who were down with Yow. As independent music has continually morphed throughout the years, there’s this assumption that heavy isn’t for everyone. Tell that to the preppies, who seemed just fine, shaking along to The Jesus Lizard’s thick, thick grooves, and the group of VIP’s sitting standing stage left, who dismissed their usual air of casual interest to fall just short of head-banging and nod along. Then, there was a toddler next to me, who needed no coaxing at all, to jump, dance, and spin her way through the Lizard’s set. 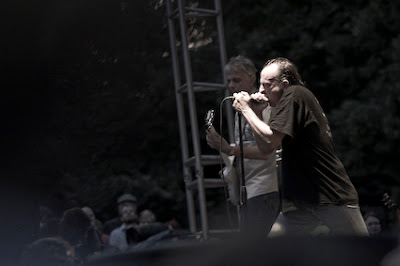 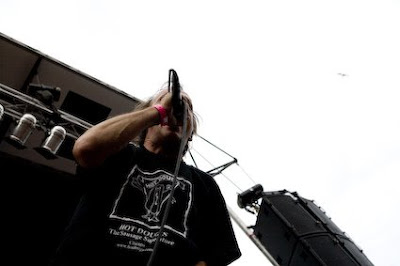 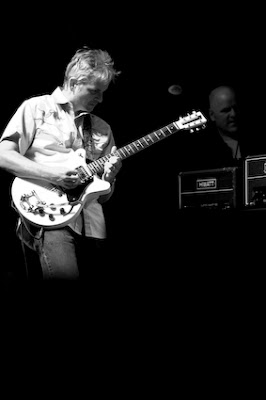 When the fan-request format for the first night of the Pitchfork Music Festival was announced Yo La Tengo seemed like a natural. Almost too natural. In their 25 year career, Georgia Hubley, Ira Kaplan, and James McNew have rightfully earned the reputation as being a critic’s band, a band’s band, and a band adored by their fans. Not only that, but they have a sponge-like ability to take in just about any form of pop music, any song, for that matter, and make it their own. A more apt challenge for Yo La Tengo would have been to allow for the fans to vote for any song, Yo La Tengo, or otherwise. Given a month to prep, there’s no doubt Hubley, Kaplan and McNew could have fleshed out a version of “Thriller,” or “Iron Man,” “Dr. Roboto,” or something with auto-tune — the kids really seem to like their auto-tune these days.

Still, as it were, Yo La Tengo had a deep and diverse enough catalog to appeal to many of the nostalgics at Union Park. C’mon. Who doesn’t like “Tom Courtenay.” Who wouldn’t like to see three people who could have been your aunt and uncles, dressed in their summer picnic best, take time away from the brats on the grill, and shred through some fuzzy, feedback solos? If only there were more surprises in between “Autumn Sweater,” “Sugarcube,” “Stockholm Syndrome,” and “Cherry Chapstick.” Oh, there was the new track, “Periodically Double or Triple,” from their forthcoming album, still, their set was lacking the unpredictability of a truly great Yo La Tengo performance. 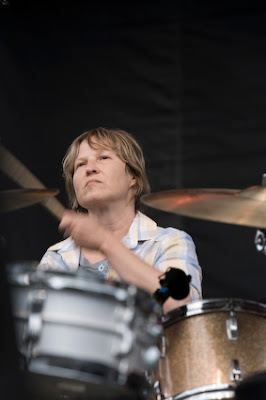 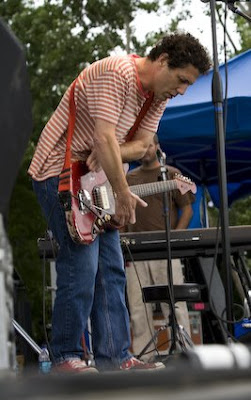 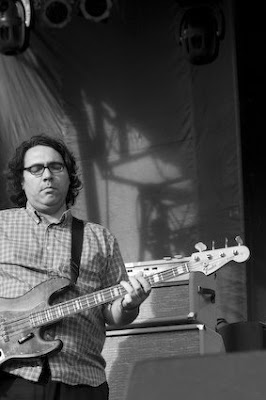