Warning: "continue" targeting switch is equivalent to "break". Did you mean to use "continue 2"? in /nfs/c06/h01/mnt/88637/domains/blog.irockcleveland.com/html/wp-includes/pomo/plural-forms.php on line 210
 I Rock Cleveland I Rock Cleveland | 2009 Pitchfork Music Festival Day 2: Matt and Kim 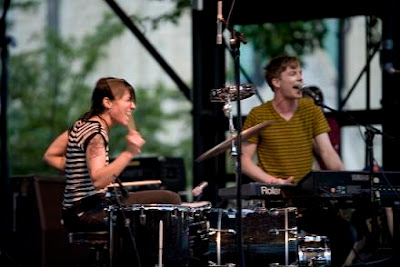 To demonstrate the power the Brooklyn band Matt and Kim have over a crowd, see the following text exchange:

Now, I had never seen the keyboard and drum duo live before, nor had I ever bothered to pick up one of their albums, but five minutes into their early evening set at the Balance Stage, I was hooked. Kim, never once stopped smiling, as she raised her hands high and thrust every bit of herself into her drum kit, and Matt played the keyboards like Pete Townsend played guitar. He wind-milled. He head-banged. He would leap in the air and crash his hands down upon his gear.

Then, when they sang, their songs were such happy songs with refrains like “Yeah, yeah, yeah, yeah,” or “Five, four, three, two, one.” No wonder Bacardi chose to use their song “Daylight” in a new ad campaign. Matt and Kim make you happy. Liquor makes you happy. Therefore, Matt and Kim and liquor, makes for levels of happiness rarely attained outside of nirvana. 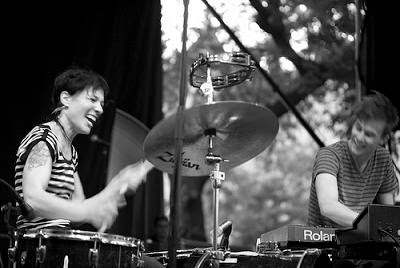 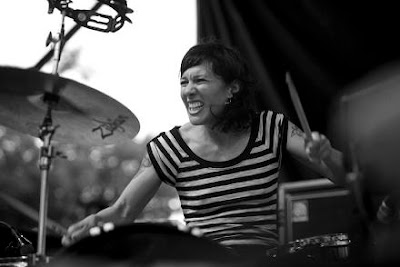 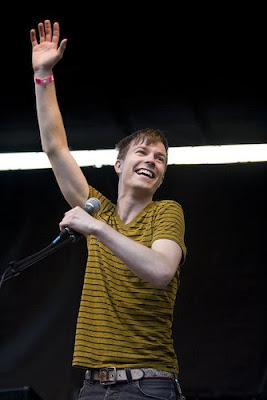 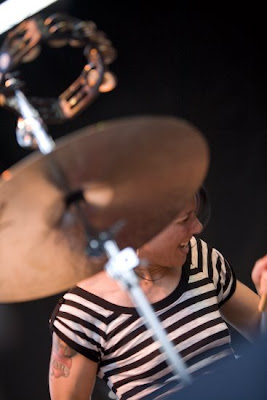