Warning: "continue" targeting switch is equivalent to "break". Did you mean to use "continue 2"? in /nfs/c06/h01/mnt/88637/domains/blog.irockcleveland.com/html/wp-includes/pomo/plural-forms.php on line 210
 I Rock Cleveland I Rock Cleveland | 2009 Pitchfork Music Festival Day 2: The Black Lips 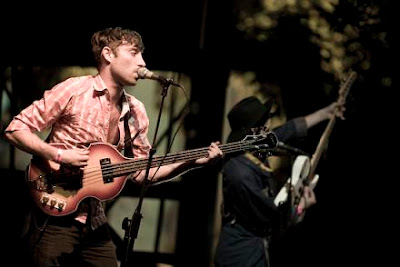 The biggest obstacle facing bands at this year’s Pitchfork Music Festival, and every edition of the festival, for that matter, is how to take an act catered to bars, small clubs, and 1,000 person capacity concert halls and transform that act for the bigger venue. If you’re a band who stands and plays with little stage presence, that lack of polish will be magnified by the thousands of eyes in the fields of Union Park. Conversely, if you’re a band who thrives on the close interaction with your fans, like the Black Lips, you now have to find a way to convey that same level of energy with a big barricade and a small army between you and those who want to love you, taunt you, and throw beer at you.

For the Black Lips, this task would pose a serious challenge for the bulk of their set. Sure, it sounded like any other Black Lips show — rowdy, raucous garage rock spliced with doo-wop and punk rock. And the songs, “Katrina,” “Not a Problem,” and “Cold Hands,” to name a few, were some of the same songs which have thrown smaller crowds into a tizzy. And parts of the crowd we’re getting on up and getting down. Still, something was missing. There was no danger. The band wouldn’t be getting belligerent with the fans. No one was gonna get punched out. It was all a bit too safe.

Noticing this problem, the band took matters into their own hands, imploring the crowd to come and join them on stage, assuring them if a whole bunch of people make it up there, then the security wouldn’t be able to stop them. And you know what? It worked. Midway through “Bad Kids” there were ten manically dancing fans, hopping, hooting, hollering in between the band and we finally had a Black Lips show. 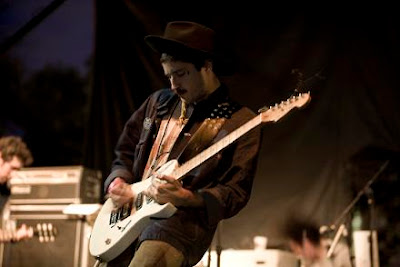 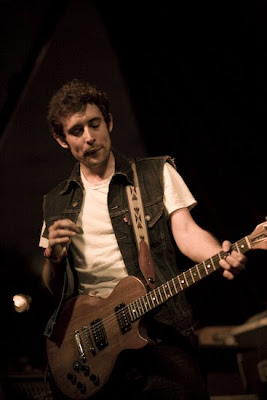 All Photos by Laura Webb