Warning: "continue" targeting switch is equivalent to "break". Did you mean to use "continue 2"? in /nfs/c06/h01/mnt/88637/domains/blog.irockcleveland.com/html/wp-includes/pomo/plural-forms.php on line 210
 I Rock Cleveland I Rock Cleveland | 2009 Pitchfork Music Festival Day 2: The Dutchess and The Duke

2009 Pitchfork Music Festival Day 2: The Dutchess and The Duke 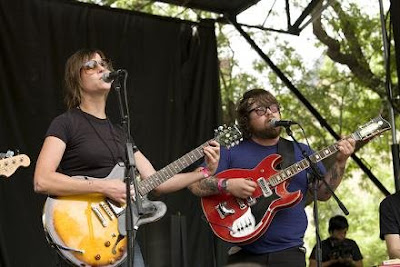 If the Dutchess is the lean, elegant woman in black tee, and The Duke is the bearded man whose belly stretches his blue tee thin, then who were all the others on stage? Turns out The Dutchess (Kimberly Morrison) and The Duke (Jesse Lortz) had invited some friends, including members of the Chicago garage-punk band, The Ponys, and a small string section, to join them in presenting their brand of raw, front porch folk.

Intimacy and honest, real emotions were key to the success of The Dutchess and The Duke’s debut album, She’s the Dutchess, He’s the Duke. It had a feel of an old Stones album played by two close friends who wrote, jammed and harmonized with no assumptions and no expectations. Now, on Saturday afternoon, on a much larger stage, and with the duo ballooning to five and sometimes seven members, the question became would they be able to maintain that intimacy and honesty?

Thankfully, the bigger band on numbers like “Back to Me,” “Out of Time,” and “Reservoir Park,” didn’t mean a bigger sound, per se, but a sound which was fuller, but no less quaint. The percussionist, we’ll call him The Squire, played mainly tom and tambourine, and the occasional shaker. While the extra guitarist (The Princess?) and keyboardist (The Prince?) kept mainly in the background, rightfully allowing Lortz and Morrison, to remain the focus, adding the occasional fill and fuller harmony. The band really shined, once they were joined by a small string section for “Scorpio,” and “I Am Just a Ghost,” where a sole violin accompanied Lortz and Morrison’s vocals on the verses, with the full band kicking in during the chorus, making Lortz’s lovable loser lament, all the more powerful.

All of this should have led to the perfect ending as Lortz started the first lines of “Armageddon Song,” a deceptively bright song which opens with the line, “”The sun keeps shining on the pines, I’m feeling all right.” The Prince help up cue cards so all in the crowd could sing-along with Morrison on the harmonies. And all we needed was that pesky sun to break through the clouds. 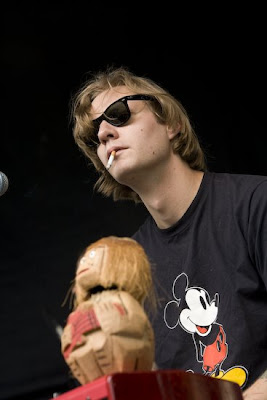 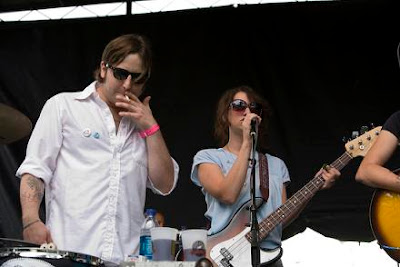 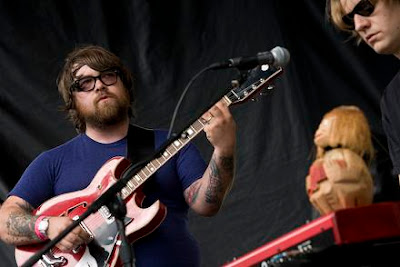 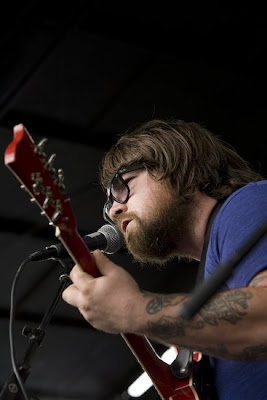