“Jimmy” and “Symbols and Heads” by Robert Pollard 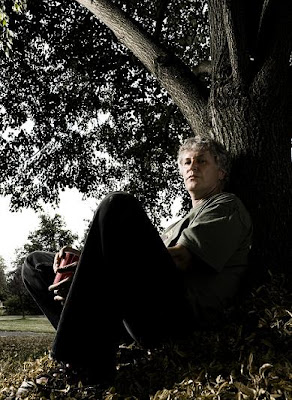 For those keeping score at home, Robert Pollard’s forthcoming solo release, Elephant Jokes, will be his second solo album of 2009, and when you count his three active side projects — Boston Spaceships, Cosmos, and Circus Devils — all of which have released albums this year, it will be his fifth release in this calendar year alone. You know where this is going, right? Something about eccentric Uncle Bob recording too much music and not knowing the wheat from the chaff.

Wrong. Asking Pollard to stop being prolific is like waiting for the sun to stop shining, or wanting Jay Reatard to stop being a d*ck. It just ain’t going to happen. Besides, why would you want Pollard to stop when he’s still capable of a penning the perfect two minute pop gem? The first featured track,”Jimmy,” with its loose tempo, quirky instrumentation, unanticipated guitar squeaks, and unmistakable melody has a distinct Bee Thousand feel to it. While the second track, “Symbols and Heads,” with its meaty guitar riffs and arena rock swagger is a bit more in the modern Pollard style, but no less immediate and melodic. Both tracks, however, make the same argument that we don’t need less from Uncle Bob, but more, as much as we can get.

Robert Pollard’s Elephant Jokes will be out August 11th and is available for pre-order now at Rockathon Records, and album number six of 2009, Boston Spaceships’ Zero to 99, will follow on October 6th.