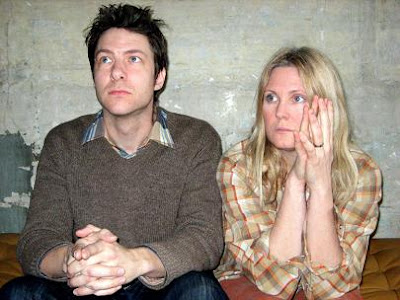 Not your typical indie-folk band, the principals in the Horse’s Ha, James Elkington of The Zincs and Janet Beveridge Bean of Eleventh Dream Day have far more in common with duos like Nina Nastasia/Jim White and Mark Lanegan/Isobel Campbell than the dominant strain of modern folk — That of the pastoral, Pacific Northwest. Whereas bands like Fleet Foxes and their ilk concern themselves with tone, texture and atmosphere, to a sometimes sleepwalking effect, The Horse’s Ha are keen on bringing rhythmic diversity to a genre not normally known for such a thing, exuding such un-folk traits like movement, vitality, and verve.

The Horse’s Ha will be in Cleveland this Sunday, August 2nd, for a show at the Beachland Tavern with Golden Ox, and Lowly the Tree Ghost.