Top Jam of the Week: “From What I’ve Done” by Doug Gillard 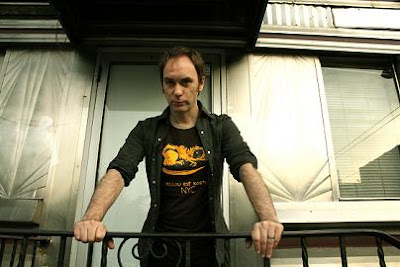 Doug Gillard has a long history in the Cleveland underground, first known for his work dating back to the late ’80s with Death of Samantha, and later with Cobra Verde, Gem, and perhaps, most notably a stint with Robert Pollard in Guided by Voices. Consequently, during a recent solo performance at the Beachland Tavern this past spring, scene veterans were requesting obscure Cleveland rock hits from every point of his 20+ year career. Yet, for every one Gem request, there were ten or more for his best known number, “I am a Tree,” a track first recorded for Gem in the ’90s and later again with Pollard for the Guided by Voices album Mag Earwhig. So, you see, it’s no knock on Gillard, that his recent material got lost in the exuberance of set-closer, “I am a Tree,” and its stinging, guitar riff from god.

Listening to “From What I’ve Done,” a track from Gillard’s forthcoming release, Call From Restricted, now, I’m almost ashamed that I was one of those impatiently waiting for “I am a Tree, ” for “From What I’ve Done,” serves as a clear reminder that the man’s got more than one top jam in his Rock ‘N’ Roll bag. At first, with its immediate chorus and smooth melody, it recalls any number of pop hits by the Canadian foursome, Sloan. Then, Gillard works some tricks into the mix, most notably two ragged guitar solos, ranging from jagged, early ’90s indie to gleeful ’70s power pop, transforming “From What I’ve Done,” from your standard two minute hum-along, to a nearly five minute pop monster. Needless to say, the next time Gillard’s in town, I’ll be requesting “From What I’ve Done,” too.

Doug Gillard’s Call From Restricted will be out September 8th on his own 347 Records.