Top Jam of the Week: "You’re a Target" by No Age 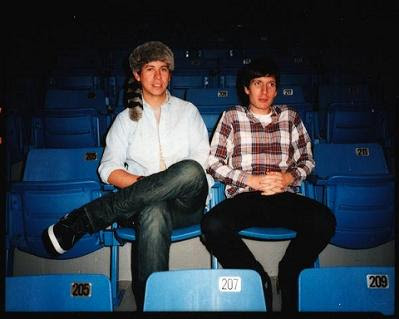 No Age’s early work could easily be split in two. There was the noise half, more evident on Weirdo Rippers, where extended intros of swirling feedback were the norm, and every ripping moment was tempered by an ambient one. And then there was the rock half, as displayed on their follow up, and first proper full length, Nouns, where the LA duo dialed back on the whooshy waves of sound, and just plain shredded, embracing the glory of gigantic riffs, rife with fuzz and feedback. Now, with “You’re a Target,” No Age finally have their peanut butter and jelly moment, putting those two great tastes together in one three minute package. Ambient noise is no longer an end in of itself, but a backdrop for Randy Randall’s static slaughter, and with the two halves now working in concert, No Age’s sound is bigger, fuller, and almost shoegaze like. That’s if those British shoegazers ever got off their heavy tranquilizers and ripped, or course.

No Age’s Losing Feeling EP will be out October 6th on Subpop. As long as you don’t mind giving up an email address, the EP can be streamed in full at the Subpop website.