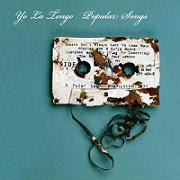 No matter what the software makers call shuffle these days — Smart DJ, intelligent mix, or auto playlist — the fact remains that these so-called “Smart” mix makers will always find the Creed in your music library and play it at the worst possible time. Naturally, this problem can be avoided by never using the shuffle option, but the idea of an instant mix-tape at the push of a button is so appealing, that we inevitably return to shuffle time and again.

Yo La Tengo have an alternate solution to the shuffle conundrum. Put on their new album Popular Songs and let them do all the work. There’s Brit-pop (“Avalon or Someone Very Similar,”) jangly, ’90s alterna-pop (“Nothing to Hide,”) cheeky lounge music (“Periodically Double or Triple,”) motown (“If It’s True,”) and ’70s soft rock (“I’m on My Way.”) There’s sunny, West Coast psychedelic pop (“When It’s Dark,”) an introspective piece of minimalism (“The Fireside,”) and an extended instrumental jam of feedback and rough, chugging guitar (“Glitter is Gone.”) Few, if any, modern acts to pull off an album like this. Fewer, still, could make it listenable. Yo La Tengo, have done even better. They’ve made an authentic, cohesive, and thoroughly enjoyable album drawing from the widest spectrum of popular song styles, and best of all, there’s no Creed in this mix. 9 out of 10 on the Rockometer.

Yo La Tengo will be appearing at the Beachland Ballroom this coming Monday, October 5th with Cheap Time. 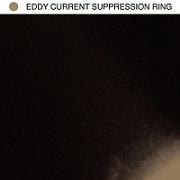 And just as I asked myself, “Self, where did all the good frustration rock go?” I came across Eddy Current Suppression Ring’s self titled debut, originally released in 2006, just recently reissued by Goner Records for American consumption. Oh, this one’s got it all for the down and outs — Woman woes (“Yo Yo Man,”) money woes (“Insufficient Funds,”) and why can’t I have ice cream for dinner woes (“Cool Ice Cream,”) — all set against ragged a soundtrack of revved up garage rock, workingman punk, and intricate, but still aggressive, post-punk. In the home of Eddy Current Suppression Ring, The Fall, Stiff Little Fingers, and The Sonics all have a seat at the dinner table, and all leave surly, sour, and hungry. Hell, even when things go the right way, as on “Winter’s Warm,” Brendan Suppression, sounds drunk, disorderly and one step from either cracking a skull with a wrench, or cracking his own skull on the pavement. 9 out of 10 on The Rockometer. 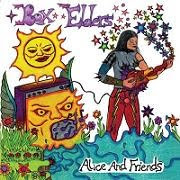 Nebraska’s Box Elders generated quite the buzz based solely on their debut single, “Hole in My Head,” a perfect pop song by any measure, one which fused the intimacy of lo-fi, and it’s fuzzy, red-lining production with the tunefulness of the British Invasion and its simple melodies, basic harmonies, and R&B light. Comparisons to that other perfect pop song, The La’s “There She Goes,” were inevitable. Unfortunately, like The La’s, there’s little proof on Alice and Friends that the Box Elders have a second single. Oh, there’s nothing wrong with their basic plan of attack, it sticks awfully close to the formula which produced “Hole in My Head.” Pick a number, any number, and the Box Elders do their damnedest to replicate their prior success, and fall just shy of its mark. 5 out of 10 on The Rockometer 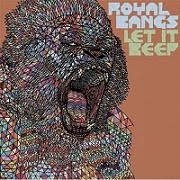 Listening to Royal Bangs’ second Audio Eagle Release, one question immediately pops in my mind, “Hey! Who put the Pavement in my TV on the Radio?!?” It’s as if these merry tricksters tried to replicate the slick, electronic sounds of TVOTR’s Dave Sitek with a stack of Commodore 64s and Atari 2600s. And that leads to our second question, “How the holy hell did Royal Bangs know that such a mismatched concoction could be so addictive?” Maybe they got lucky, but I suspect, much like Stephen Malkmus and Pavement, the boys in Royal Bangs were quite aware of what they were doing when they decided to pair those bleepy electronics with big guitar riffs and that apparent couldn’t give a sh*t less attitude. They knew songs like “My Car Is Haunted,” “Sh*t Xmas,” “Tiny Prince of Keytar,” and “Waking up Weird ” would be quite appealing to that carefully identified subset of the listening public who wished and wished and wished that all those kids in Billysburg would spend more time surfing sofas, smoking big bongs, and feasting on Cheetos and less time being so damn serious about their art. 8 out of 10 on The Rockometer.

Royal Bangs will be in Cleveland for a show at the Beachland Ballroom on Saturday, October 24th, opening for Other Girls and Drummer. 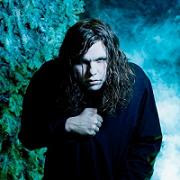 Through one full length and an abundance of singles, (Collected both by his former label, In The Red Records, and his current home Matador Records) Jay Reatard has rightfully earned a reputation as a man with an uncanny knack at penning a never ending number of two-and-a-half minute garage, punk, and new wave rave ups. Through his speedy and often confrontational live shows, he has become one of the few must see acts on the American underground circuit. Songs are played in double and triple time. Sets are punctuated with profanity and unfriendly calls to stay away from his sh*t. You’ll walk away with any number of speedy singles stuck in your head, and if you get too close to the stage, you may walk away with a boot to the head.

Yet, on Jay Reatard’s second proper full length, Watch Me Fall, there seems to be an almost deliberate attempt to undo, or at the very least, re-align his reputation. The danger, aggressiveness, and creepiness of his previous efforts are all toned down. The songs are slower, more kiwi-pop than American garage rock. It’s an approach which, quite surprisingly, is at it’s best on “I’m Watching You” and “There Is No Sun,” the most reserved, delicate, and restrained numbers, the one’s furthest removed from his earlier work. It’s also an approach which may leave you yearning for a little more of that old “1, 2, 3, 4 Let’s go motherfu*kers!” attitude. 6 out of 10 on the Rockometer.