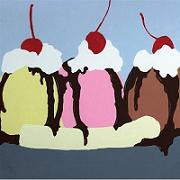 Members of the Akron, Ohio supergroup Drummer have played in such local favorites as Beaten Awake, Houseguest, Party of Helicopters, and The Black Keys. Those outside of NEO may not be familiar with the first three groups mentioned, but the Black Keys are the face of the Akron/Cleveland rock scene and the Keys’ drummer, Pat Carney, plays bass on their debut Audio Eagle release, Feel Good Together. That being said…this isn’t a Pat Carney vanity project, vocals are handled by Beaten Awake’s Jon Finley, and there isn’t a trace of The Black Keys’ thumping, blues rock to be heard here, as these songs share much more in common with Houseguest’s slightly off-center pop and Beaten Awake’s re-verby, roots rock. Then there’s the occasional prog-rock flourish supplied either through the keys of Steve Clements (Houseguest) or the guitar of Jon Finley. Who knew, right? Usually when you get four drummers in a room you need a bass player to change the light bulb. Instead, these drummers want to show off their musical chops, be it on the winding, anthemic “Mature Fantasy,” or the distinctly Wolf Parade like, prog and indie hybridization of “Diamonds to Shake.” 7 out of 10 on the Rockometer.

The four drummers in Drummer will be making the short trek to Cleveland for a show at the Beachland Ballroom on Saturday, October 24th with labelmates Other Girls and Royal Bangs opening. 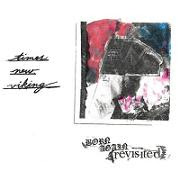 At some point in their career I suspect Columbus, Ohio’s Times New Viking will pull a GBV on us and unexpectedly drop an album which embraces modern standards of recording fidelity. Born Again Revisited is not that album. Sure, there are baby steps in the direction of mid-fi — It’s neither as harsh nor as loud as their previous three albums. Still, no one is going to mistake this thin, tinny, and trebly production with its keyboard squelches and big guitar/little amp sound for a clean sounding, radio-ready disc. All you scenesters can relax. Clear Channel will not be adding TNV to their corporate rock playlist.

Now, if there is an area where Times New Viking have shown marked improvement, it’s in their pop smarts. Songs like, “No Time No Hope,” “These Days,” “Move to California,” and “Something Moore” are as sharp as anything they’ve previously released. And front to back, Born Again Revisited, with its one half Velvet Underground, one half Uncle Bob, plug in and rock, aesthetic is their most cohesive and most consistent release to date. 8 out of 10 on the Rockometer 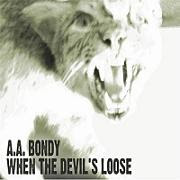 Some people move to the country to escape humanity and write angry manifestos. Others, like singer-songwriter, AA Bondy, move to the country for its peace and tranquility and the opportunity to find themselves. What Bondy found, was not a burned out grunge rocker, disillusioned from his days of almost making it with Verbena, but a deeply compassionate, man, one with observational powers capable of untying the twisted knots of modern life, one able to convey those discoveries in simple, melodic terms. And while When the Devil’s Loose, AA Bondy’s second solo album, is an engaging album of hushed folk, distilled with honesty and sincerity, it often falls into the trap of being an all too predictable sequel to his sleeper hit, American Hearts. Many of the numbers on When The Devil’s Loose are interchangeable with his previous effort, and others, most noticeably, “A Slow Parade,” are near copies of songs from American Hearts. Playing “A Slow Parade” and American Hearts’ “A Lover’s Waltz” back to back is like listening to the same song. There’s the same guitar tones, same key, and a similar tempo with one seemingly in demo form, and the other one finished with a few more notes. Maybe it’s time for Bondy to move back to the city and find some new jam mates. 6 out of 10 on the Rockometer. 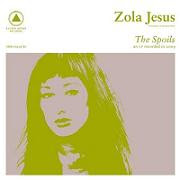 Taking a DIY approach to cinematic pop, the songs of Zola Jesus are imperfect, rickety, fragile, and quite often compelling. The voice of Nika Roza Danilova, often compared to that of Siouxsie Sioux, is one which big money could twist to fit R&B, dance, pop, or any manner of Top 40 filler. However, in this setting, where she’s often backed by the uneasy grind of modern metal machines, haunting, ethereal keyboard melodies, and her own spectral whispers, she’s much more of a wandering spirit than someone or something which could easily be molded. Yet, being molded is one thing which Zola Jesus may need moving forward. In spite of standout tracks “Crowns” and “Clay Bodies,” there’s a sameness and evenness which permeates the fifteen tracks on the digital release. A sameness which will require the input of an outside force, specifically, one which resides in this world, in order to build upon her gathering buzz. 6 out of 10 on the Rockometer. 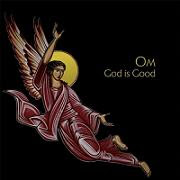 With God Is Good, Om’s fourth full length album, and their first with drummer/multi-instrumentalist Emil Amos (Grails, Holy Sons) replacing Chris Hakius, the song nearly remains the same. Where once there was an abundance of open space between the bass of Al Cisneros and the drumming of Hakius, there are slight adornments of exotic strings. Long time followers of the duo shouldn’t be too concerned about this change. Steve Albini was once again behind the controls, and Amos even adopts a style similar to that of Hakius, where he often keeps time on the cymbals rather than measuring beats on the bass and snare. Opening number, “Thebes,” provides a prime example of how the new Om can meld seamlessly with Om 1.0 as an extended intro which tastefully integrates those new, subtle textures, eventually gives way to an extended, meditative chant. One which is deep, dark, rumbling and forceful.

As God is Good progresses, however, Om’s shift in style becomes more than a simple decoration here or there. While “Meditation is the Practice Of” is a measured excursion in drum, bass, and flute, the closing suite of “Cremation Ghat I” and “Cremation Ghat II” opens itself up into the type of cinematic sound scape more apt to be found on a release by Amos’ other gig, Grails, one where bass and drum remain the driving force, but the bulk of the spiritual imagery is produced by an assembly of exotic strings. 8 out of 10 on the Rockometer. 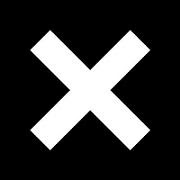 The XX specialize in modern R&B for those who would never consider themselves fans of modern R&B. Their grooves are narcotic and seductively addictive, with every guitar and bass line clean, polished and clear, and every male/female vocal traded by Romy Madley Croft and Oliver Sim spoken in sly, sexy, and smoky tones. Spacious in their arrangements, the production is refreshing in that its neither over compressed for loudness nor overloaded with superfluous instruments. It’s like one long New Order like groove, largely absent of any peaks or troughs, smoothed, slowed and screwed to the point where the playing style of Peter Hook (Incorporated here by The XX) becomes a sexual dysfunction pill stronger than anything big pharma could ever manufacture. 7 out of 10 on the Rockometer.