Warning: "continue" targeting switch is equivalent to "break". Did you mean to use "continue 2"? in /nfs/c06/h01/mnt/88637/domains/blog.irockcleveland.com/html/wp-includes/pomo/plural-forms.php on line 210
 I Rock Cleveland I Rock Cleveland | “Diamond Caverns” and “All I Want” by Unsparing Sea

“Diamond Caverns” and “All I Want” by Unsparing Sea 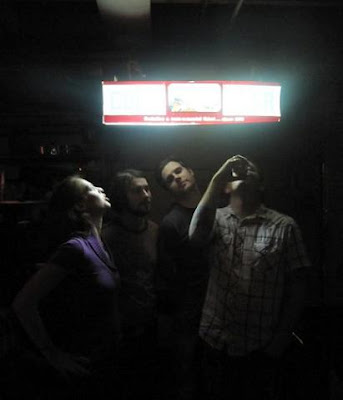 In speaking with Unsparing Sea’s JR Bennett a few weeks back, he stressed the importance of not recording the same album twice when he and his bandmates went to work on the follow up to their stunning debut, A Cloud in the Cathedral. It’s a fine sentiment, to be sure, but so many here in Cleveland fell in love with that disc and its skilled arrangements and its detailed depiction of love, loss, loneliness and redemption across the vast oceans. What if they made a rock album, or a noise album, or even worse, went all Sufjan on us and composed a suite of songs celebrating the Detroit-Superior Bridge?

Well, it turns out all that trepidation was for naught. Through near constant line up changes, the soul of the band remains in tact with Bennett’s narratives as strong as ever and cellist, Tara Klein, lending gravity to the proceedings. If there is a shift in sound on their sophomore album, In the Diamond Caverns, it can be heard on tracks like, “Diamond Caverns,” where their bleary-eyed weariness is replaced with an up tempo jangle reminiscent of Neutral Milk Hotel’s much adored, In the Aeroplane, Over the Sea. Conversely, slower numbers, like, “All I Want,” should appeal to fans of their earlier work as well as those who found themselves engulfed by the multi-faceted folk of Phosphorescent on his 2007 album, Pride. Together, these two sides of Unsparing Sea not only show a band intent on growing their reach as artists, but also a group poised to expand their appeal beyond the shores of Lake Erie and on to a nation wide audience.

Unsparing Sea’s In The Diamond Caverns won’t be out nationally until November 24th, but us locals will get a chance to pick up a copy when they celebrate its release this Saturday night at the Beachland Tavern. Trouble Books and Casual Encounters are opening.