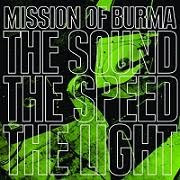 Mission of Burma
The Sound The Speed The Light
Matador

Exhibiting the rawness and aggression of a band half their age, Mission of Burma’s third post-reunion album, The Sound, The Speed, The Light, has more in common with the early-to-mid ’80s output of this seminal Boston post-punk band than with either of the two albums which directly preceded it. “1, 2, 3 Partyy!” and “Good Cheer” are as bold, direct and anthemic as any of their classic cuts, including “Academy Fight Song,” “This Is Not a Photograph,” and “That’s How I Escaped my Certain Fate.” They haven’t lost their sense of detail, either, filtering in manipulated sounds, augmenting the bottom end, amplifying the more raucous moments, and deceptively slicing the intros, outros, and bridges. Add in the pummeling drive behind such numbers as “One Day We Will Live There” and “Blunder” and the assimilation of the old Mission of Burma into Mission of Burma take two, is so complete, had The Sound, The Speed, The Light been revealed as a missing late ’80s LP, few would have reason to question such a statement’s authenticity. 8 out of 10 on The Rockometer 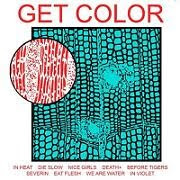 Noise or noise rock? Man against the machine or man working with machines? Blurt blurt crash crash beep or a song? Two albums into their career and LA’s Health are no closer to deciding how to channel their primal screech. Normally, this wouldn’t be such an issue, but with the gulf of quality between the songs and non-songs being so great, Get Color becomes an interactive experience of next, next, repeat. Thankfully, we have iPods and playlists and mp3s. Take the marching electronics of “Die Slow” and “Nice Girls,” pair those two tracks with the dream pop and a massive percussion injection of “Severin” and “Before Tigers,” tack on the coarsely textured ambient movements of album closer, “In Violet,” and now, you have a killer EP. 6 out of 10 on the Rockometer

Noise fans shouldn’t be dissuaded by the early reports of F*ck Buttons second album, Tarot Sport, being a dance album. The beats may be a bit cleaner, and the trancey, tribal-house influence may be a bit stronger, but as on their debut, Street Horrrsing, the duo of Andrew Hung and Benjamin John Power, still use an untidy array of toys, keyboards, laptops, and mixers to craft alien sounds and coax them into melodies. If there is a difference between the two albums, it’s in how they wield their table to toys. Where before there was a curiosity factor to their music — Hey, let’s string together a bunch of things which shouldn’t be strung together, send them through a maze of processors and filters and see what sounds come out the other end! Hey, let’s sing through Mr. Microphone and see what that sounds like! Now, with the confidence that this crazy set up can work, F*ck Buttons are able to smooth away much of the harshness, emphasize the more melodic moments, and make something which kinda, sorta, in some left field way, resembles instrumental rock. 7 out of 10 on The Rockometer 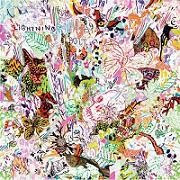 The bass and drum and feedback of Lightning Bolt’s Earthly Delights hits at a frenetic pace. It’s one uneasy, gut churning rumble after another after another, caterwauling, contorting, assaulting and only occasionally settling down to reveal a monster rock riff. It’s also an album which shares more than a passing resemblance to Ministry’s industrial rock masterpiece, Psalm 69. But if Ministry’s work was that of a fine tuned hot rod, Lightning Bolt’s Earthly Delights is the sound of a sub-compact having no business going 100 mph. The feet could fall straight through the floorboard. The engine block could crack from the stress. The four wheels could fly off at any moment. The car could explode in one of those fantastic movie explosions where no laws of science could explain such an explosion, but that old Chevy fantastically fireballs itself in its final scene, nonetheless. 7 out of 10 on The Rockometer 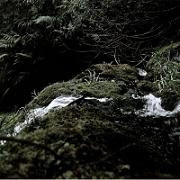 In the past year alone, Nadja have recorded a collaboration with the New Zealand drone-metal band, Black Boned Angel, and Nadja’s Aiden Baker has done two additional collaborations as a solo artist with experimental musicians Tim Hecker and thisquietarmy. That’s in addition to the Nadja proper album, When I See the Sun Always Shines on TV, and the ambient-drone, side project, Whisper Room, which released an album on Elevation Records. If Nadja and Aiden Baker aren’t a-listers in the doom/drone/experimental music set, it’s not from a lack of output. As for this latest Nadja-related release, Pyramids with Nadja, it is at the same time their least cohesive and most intriguing of the bunch. Whereas past projects found Baker and Nadja working together with their collaborators to produce ambient static or mountainous drones, Pyramids with Nadja, finds the two sides often at odds with each other. A prime example would be the 15 minute track, “Another War” where the Pyramids half wants to breathe easily and the Nadja half wants to burrrrrrrrrrr, shake, shatter, burrrrrrrrrrr. It’s as if a piano ballad is playing quietly inside while a great street-sucking catastrophe is occurring outside. Picture the trailer to 2012 and John Cusack racing for his life as the end of the world is upon us. Now picture someone at peace, serenely tapping at the keys. The difference in emotion couldn’t be greater, and the difference in tone, texture, and strength couldn’t be more compelling. 8 out of 10 on The Rockometer