C’mon Get Heavy with Shrinebuilder’s "Pyramid of the Moon" 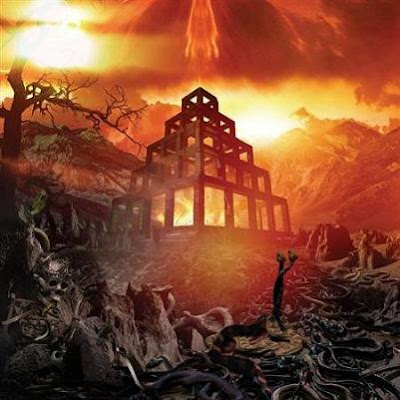 Even better for fans of the underground heavy, is the fact that Shrinebuilder doesn’t disappoint on its promise of being a modern Traveling Willburys for the shredding sect. Cisneros, Kelly, and Wino all take turns singing, growling, and chanting, sometimes within the same song, and the styles of heavy range from heavy psych, post-Sabbath doom, and massive sludge. The one constant, besides Shrinebuilder being consistently heavy and consistently awesome, is the riffage, of course. On a number like “Pyramid of the Moon,” the thick, rumbling, and repetitive style of Cisneros’ bass, first heard with his pioneering doom metal band, Sleep, and later with his more spiritual project, Om, is an ideal match for the sticky, space-infused, ’70s style shredding of Wino and Kelly. It’s as if this quartet had been melting minds for years. And well, they have been, just not all in the same room at the same time.

MP3: Shrinebuilder – Pyramid of the Moon

Shrinebuilder’s self-titled album is out now on Neurot Recordings.