Warning: "continue" targeting switch is equivalent to "break". Did you mean to use "continue 2"? in /nfs/c06/h01/mnt/88637/domains/blog.irockcleveland.com/html/wp-includes/pomo/plural-forms.php on line 210
 I Rock Cleveland I Rock Cleveland | "Swim" by Surfer Blood 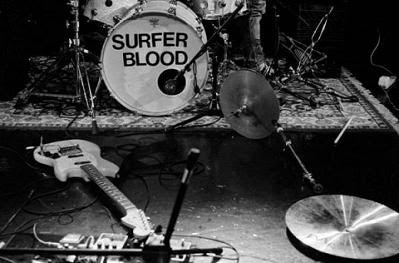 Surfer Blood’s debut single, “Swim,” is one of those numbers that had it been recorded in the ’80s, its video would require a California beach, bikini babes, muscle men, and a flashy Camaro. Thankfully, we’re in a different decade. By utilizing a lo-fi approach similar to that of Japandroids, the band crafts an unapologetic anthem (Which “Swim” most definitely is) replete with big guitar lines and well placed “Whoas” and presents it in such a way where it doesn’t sound hopelessly dated, but fresh and fun.