Top Jam of the Week: “Li’l Ol’ Me” by Prisoners 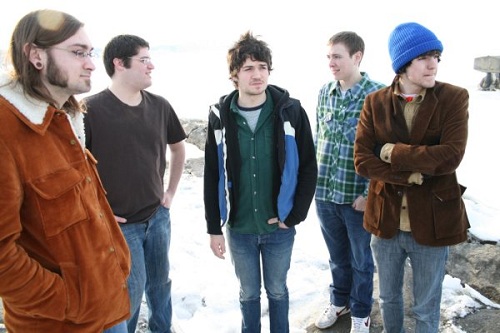 Sometimes a rock band is just a rock band — No dashes, no slashes, and no other signifiers needed.  Sure, one can hear the Cleveland band Prisoners, and their  three guitar attack, and make a link to the psychedelic rock of the Brian Jonestown Massacre.  Similarly, one can catch their blistering live set where they frequently feature a rough and trashy cover of the Beach Boys’ “Help Me Rhonda,” and slot them right in with other garage rockers.   Or, you catch vocalist/guitarist Jason Look at his scruffiest, scratchiest best and swear you’re re-living Paul Westerberg and the Replacements during their two cases and a cloud of smoke, bar rock days.  Yet, when all these elements come together, like they do here on “Li’l Ol’ Me,” it’s not psychedelic rock or garage rock or bar rock which comes to mind.  Rather, it’s how they manage to condense all their influences into one, three-minute, loose, loud, rugged, rough and melodic burst of sound, called Rock ‘N’ Roll.

Currently, Prisoners have one 7″ available with a full length, Back in the USSA, to follow late this spring/early summer.  Your next chance to catch the band in live action will be on March 31st at Now That’s Class when they open for In the Red Records garage rockers, The Strange Boys.