“Albatross” by The Besnard Lakes 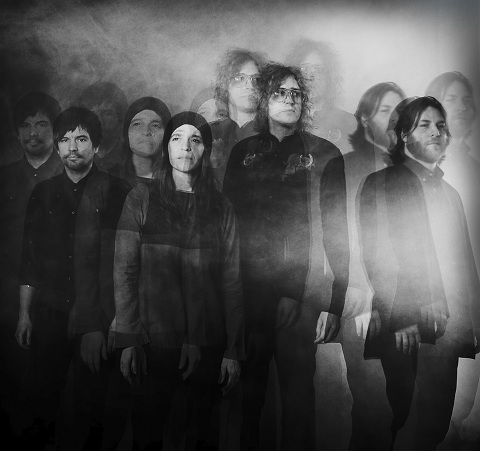 The Besnard Lakes’ “Albatross” is like the best dream pop from early ’90s England, but it’s more of an interpretation than a direct replication of that sound.  “Albatross” knows exactly when to step on the pedals to produce a large, crunching wave of sound, but no one would mistake it for a Jesus and Mary Chain song.  It also takes the sweet harmonies of the Beach Boys Pet Sounds, but, unlike so many bands who profess a love to that pop masterpiece, their love doesn’t stop at there. It stands right up against Phil Spector’s famous wall of sound, but, again, no one would mistake it for a girl-group retread.  The Besnard Lakes are able to do all these things in one song and able to make it sound fresh.  Ask anyone who’s been paying attention to modern music in the past few years and they can tell you, this is no small feat.

The Besnard Lakes latest, The Besnard Lakes Are the Roaring Night will be available this coming Tuesday, March 9th, on Jagjaguwar Records.  The band will be in town Wednesday, May 26th for a show at the Beachland Ballroom.