Ted Leo and The Pharmacists @ The Grog Shop Cleveland Heights. 03.11.10 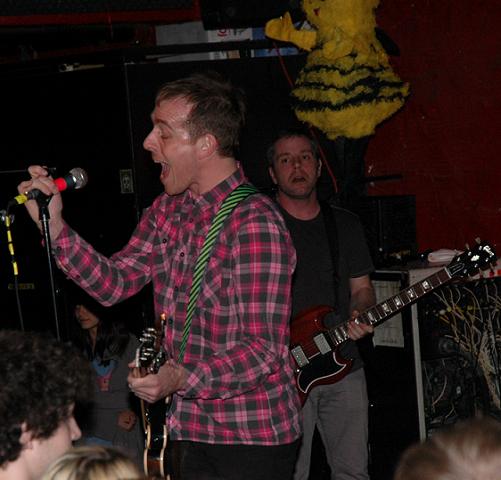 Cleveland loves its Ted Leo. A near capacity crowd featuring faces from all walks of life welcomed Ted Leo and The Pharmacists to town on the first night of their tour. There was young and old. There were hipsters, punks, backwards ball-cap guys and, for lack of a better phrase, normal, everyday people, all of whom were geeked to see a man who’s yet to let this city down.

Ted Leo loves his Cleveland, too. Decked out in ’93 South Central chic — A plaid shirt buttoned up to the top – and armed with a quick smile, the first words out of his mouth were how Cleveland’s like a second home to him on the road. As for a sound check, well there was barely any. The band were on stage and ready to rip before ten, leaving the thirsty ones in the house barely enough time to get to the bar and back with a beer between bands.

It was a Thursday night love fest. Whether they were pogoing, gently bobbing, or staring intently at the stage, you could see the devotion in the fans’ eyes. And if Ted Leo and The Pharmacists slipped on a note, as they did on the deceptively detailed, power pop number, “Me and Mia,” when everyone in the band had their own idea how fast to kick the tempo, it wasn’t due to carelessness, or because they were out of practice. Rather, they were having too much fun and were just too damn eager to please.

That two way devotion, between the band and the fans, rarely abated through the duration of the Pharmacists’ 90 minute set, even as the night featured many numbers from the just released album, The Brutalist Bricks. Punky and punchy songs like “Even Heroes Have to Die” and “The Mighty Sparrow,” received receptions practically on par with older fan favorites like the ska-flavored, new-wave anthem, “Where Have All the Rude Boys Gone.” Nor, did it abate when Leo and Company teased the crowd time and again with old AC/DC riffs between numbers.

If you heard about Leo’s release night Karaoke party in New York, you knew were this was going – A fan and band cover. The first attempt was aborted after one verse which caused Leo to quip, “And that’s why people hate karaoke.” The second stab AC/DC’s “Dirty Deeds,” fared much better, however. Granted, no one would mistake the dude from the crowd as a burgeoning hard rock hero, but he was certainly good enough to lead everyone through a few rounds of “Oi! Oi! Oi!”

Ultimately, it was that feel-good atmosphere which made both Leo’s Thursday night performance and his latest album so enjoyable. Oh, his songs still cut through all the cultural and political bullsh*t which plagues our country, but now he’s doing it in a much more upbeat, and anthemic style. Surely, one could pay attention to the lyrics and leave the Grog Shop all surly and bitter and ready to fight for change, but few took that option on this night. We, Ted Leo and The Pharmacists, and the hipsters, punks, backwards ball cappers, and the regular folk had too much fun thrashing to “Angelf*ck,” to be bothered with all that heavy sh*t. 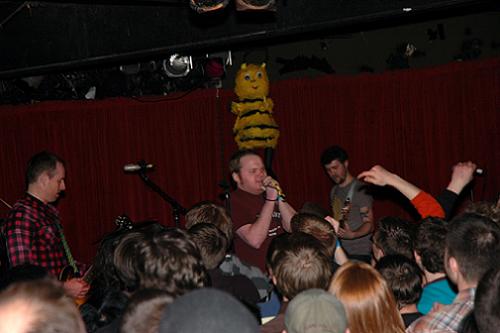 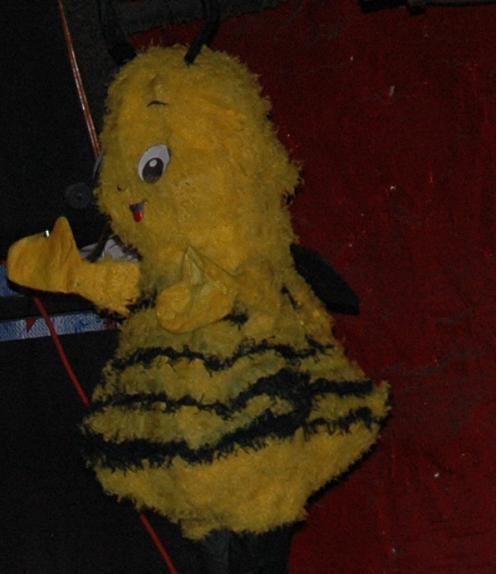