Warning: "continue" targeting switch is equivalent to "break". Did you mean to use "continue 2"? in /nfs/c06/h01/mnt/88637/domains/blog.irockcleveland.com/html/wp-includes/pomo/plural-forms.php on line 210
 I Rock Cleveland I Rock Cleveland | Top Jam of the Week: “Girls FM” by Happy Birthday

Top Jam of the Week: “Girls FM” by Happy Birthday 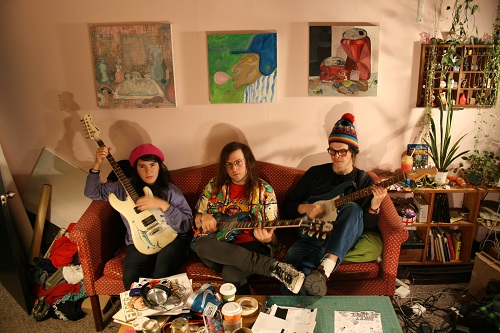 For a band like Happy Birthday, who were never meant to live past one gig, they sure have a keen sense of melody.  Sure, one could point to Kyle Thomas and his spent in the ’70s Power Pop inspired band, King Tuff and say all the groundwork was laid there.  Yet, I listened to that last King Tuff record, and there was nothing in that album which hinted at what could be with Happy Birthday — None of the immediacy, none of the keyboard weirdness, none of nods to Matthew Sweet, and Jellyfish, and Don Fleming and his winning streak of top notch power pop in the early ’90s.  So, instead of wondering how this band came to be, and how Thomas made this great leap forward, let’s instead marvel at the three minutes we have together with “Girls FM.”  What a jam!

Photo by A. Banks