The Rockometer: I Will Be by Dum Dum Girls 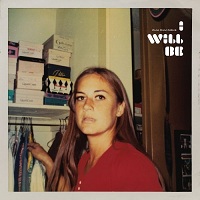 Dum Dum Girls
I Will Be
Sub Pop/Hozac

The Dum Dum Girls’ debut LP, I Will Be, answers another one of those questions which only a music obsessive would bother to ponder: What if Kim Deal of the Breeders had cut her teeth playing bass in the Ramones and not The Pixies?  Like Deal, The Dum Dum Girls’ Dee Dee possesses a sweetly fluttering voice which can communicate both innocence and cunning in the same breath.  Additionally, like some of the The Breeders’ best work, there’s a slight layer of fuzz obscuring but never intruding upon light, upbeat pop numbers like “Bhang Bhang I’m a Burnout” and “Jail La La.”  Later on, numbers like “Rest of Our Lives,” and “Blank Girl” channel dream pop and ’60s girl group sounds, respectively, providing rare diversions from the Dum Dums standard beat.  For like the Ramones, The Dum Dum Girls have but a limited number of basic rhythms to fill out an album.  There’s the old 1-2-3-4 and a variation or two on the old 1-2-3-4, played just as Dee Dee’s name-sake used to shout them out for The Ramones.  7 out of 10 on The Rockometer.