The Rockometer: Lux by Disappears 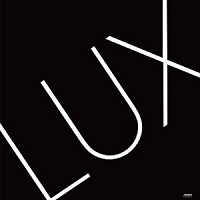 Take the best parts from The Black Angels, The Jesus and Mary Chain, Wooden Shjips, and Black Rebel Motorcycle Club (i.e., the guitars) and concentrate that sh*t until all you’re left with is a bunch of heavy, rhythmic, and repetitive psych rock jams and you’ve got Lux, the debut album by Disappears.  This isn’t a set intent to break new ground.  Neither is is a particularly subtle set.  The ten tracks captured here have lots of tremolo and lots of distortion, and riffs aplenty — Swift guitar riffs, sticky guitar riffs, screechy, scathing, ramblin’ man, noise junkie, sharp and spiky guitar riffs — plied atop a motorific rhythm section.  They may be trying to say something, too, but damn if all those tersely spoken bursts come out sounding like “Turn up the guitars,” “Thank you,” and “More guitar please.”  Quite frankly, with the guitar sound condensed to such dangerous levels it would be hard to muster much else.  Plus, it’s not like Disappears have to explain themselves over Lux’s 30 minutes.  That big rock sound does all the explainin’ for them.   7 out of 10 on The Rockometer