The Rockometer: Deathbed + 4 by The Ponys 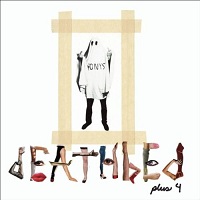 There’s nothing wrong with horror-punk, or gothic-inspired punk, per se.  Glenn Danzig and The Misfits made quite impact in the late ’70s and early ’80s with their shock schtick, and memorable two-minute, punk jams like “Angelf*ck,” “Teenagers From Mars,” “Skulls,” and “I Turned Into a Martian.”  The problem came when The Misfits’ followers took the blood and gore thing way too far, and certain bands in the genres of hip-hop and metal, bands whom won’t be named, by the way, began to appear with more and more elaborate costumes, more and more elaborate back stories, and more and more elaborate stage set-ups.  While The Ponys may not be the first name that comes to mind when thinking about horror-punk, the influence of one Gleen Danzig and his band of misfits is inescapable on Deathbed +4, and for once, that influence isn’t used as an excuse to dress-up like a monster and spit fake blood.  Instead, it’s used to lend a generally creepy feeling to the band’s brand of speaker-rattling, psychedelic, garage rock.  The fear factor may not be evident on the title cut, “Deathbed,” a less style conscious, and guitar intense, mid-tempo take on New York post-punk, but by the time you get through “The Walk,” “Is It Working,” and especially, “Pop Culture (Revisited),”  you’ll be overcome with Fiend Club flashbacks.  7 out of 10 on The Rockometer.

MP3: The Ponys – Check the Door