The Rockometer: Splash by Jeremy Jay 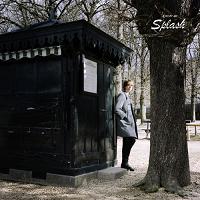 On Splash, Jeremy Jay’s latest album for K Records, Jay has discovered guitar pedals, pedals designed to screech and scream, and guitar pedals to bring some real world feeling to his dream-life narratives.  At its best, this extra bit noise does have the desired effect, transforming Jay into something more than a sad-eyed crooner .  You can hear the influence of Suede and other Brit-Pop artists, and an increased sense of urgency in his music.    The otherwise sentimental title track, “Splash,” is punctuated by a side-winding guitar riff, one that wouldn’t have been out of place on an album by Blue or Elastica.  While the cinematic ballad, “Something to Remember”, is buttressed by some extra kick in the kick drum and a low-rumbling guitar melody.  The problem with Jay’s rock overtures, however, is that he never does go full-rock.  He may have the gear to make a guitar ruckus, but that moment of release, the one which fuzzy, static-tinged guitars are so apt at providing, never comes. “This Is Our Time,” the number which should provide a clean break between waking life and shut eye, doesn’t hit with nearly enough force.  Jay is singing in a much stronger voice than usual, and the six strings are set to fuzz attack, but on this recording, full-voice Jay is no louder than light and wistful Jay, and a guitar blast is barely louder than a singularly plucked string.   6 out of 10 on The Rockometer