Warning: "continue" targeting switch is equivalent to "break". Did you mean to use "continue 2"? in /nfs/c06/h01/mnt/88637/domains/blog.irockcleveland.com/html/wp-includes/pomo/plural-forms.php on line 210
 I Rock Cleveland I Rock Cleveland | The Rockometer: This is Happening by LCD Soundsystem

The Rockometer: This is Happening by LCD Soundsystem 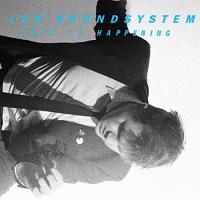 LCD Soundsystem
This is Happening
DFA/Virgin

Don’t count me amongst the group of music critics who will forever fail to find fault with anything and everything James Murphy and LCD Soundsystem does. Murphy is not infallible. No one is infallible (Hell, Benedict XVI, is doing his best to disprove the notion that the pope is infallible, but that’s a different discussion for a different website). Believe it or not, it is possible to have the ears of every hipster in Williamsburg, and own the pens of every critic on Pitchfork, and still record a sh*t song.  Thankfully, Murphy still owns one of the highest hit to sh*t ratios in music today.  “Drunk Girls” is surprisingly short and surprisingly pop, and nearly as much fun as Blur’s “Boys and Girls.”  While  “One Touch” expertly fuses early NYC new wave with krautrock in such a manner that it sounds as if Murphy made the genres himself, and isn’t merely the work of someone re-imagining those movements some 20 or 30 years later.  The album’s unquestioned highlight, however, has to be, “All I Want,” a track which may be Murphy’s greatest work to date.  Here, he sings elegant and grand over a stately, slightly skronky guitar riff paired with sometimes jubilant, other times uncontrollably piercing keys.  It recalls the romantic era of British pop, but it’s sung with such conviction that lines like “All I want is your pain/ All I want  are your bitter tears,” don’t come off like red-eyed, sad-sackery.  It’s sincere, yet confident, damn near epic, and best of all, you don’t have to be a B-burg boy, a hipster girl, or be in on some inside joke to enjoy it.  As a result, when you do encounter the sh*t parts of the record (“Pow-Pow, ” A lazy re-work of  “I’m Losing my Edge,” with half the snark and half the cleverness, and the Oingo Boingo like “I Can Change,” a little too close to “She Blinded Me With Science” for comfort) they don’t seem so bad.  Come to think of it, LCD Soundsystem isn’t so bad.  LCD Soundsystem rules.      8 out of 10 on The Rockometer.