The Rockometer: Treats by Sleigh Bells 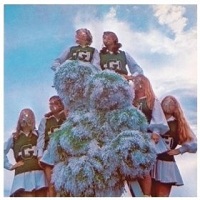 The modern music industry and online hype cycles haven’t proven themselves to be very apt at building mega-stars, but they sure can crank out buzz bands on a moment’s notice.  From Clap Your Hands Say Yeah to WAVVES to Dan Deacon, Grizzly Bear and Yeasayer there’s no end to the supply of acts who make RSS feeders explode with giddiness, yet fail to make much of an impact on any grander scale.

This year’s model is the Brooklyn boy-girl, duo, Sleigh Bells.  Derek E. Miller, the man half, once played guitar for the post-hardcore, emo/screamo band Poison the Wall.  While, Alexis Krauss, his female counterpart, was once an aspiring pop-singer.  Together, they have created a mash of music which no one, to this day, had ever imagined.   One which combines punk, crunk, metal,  ’90s techno and trance, cheerleader chants and a flashy, in-your-face attitude, with the guitars, beats, and pretty much everything turned up to 11.

To put it another way, this may be unique music, but it certainly is not subtle music.  Think a brick upside the head, or an MIA album cover (With whom Sleigh Bells, not so surprisingly, share a label).  Think small sweaty clubs, aerobics class, cocaine binges and Call of Duty 2 marathons.  Do not think you’ll get one moment’s respite on Treats.  No, instead, listening to Sleigh Bells’ debut album Treats is about as comfortable as having a sledgehammer on the end of your earbuds pound, pound pounding its way until you experience epileptic fits, panic attacks, or a massive brain explosion.  Really, thirty minutes of this and your brain may fantastically explode.

Of course, I could be wrong.  I haven’t done enough scientific testing to validate my hypothesis that listening to Sleigh Bells for a prolonged period of time will generate a catastrophic central nervous system event.  And, all of us are wired slightly differently, so there’s a chance that something which hits the “Get these f’n headphones off!” center for me, may hit the “This sh*t’s rad!” center for you.  Besides, there’s plenty of critics who think Sleigh Bells are the best thing since sliced bread, peanut butter and chocolate, and Clap Your Hands Say Yeah, combined, and I’m but one dissenting voice.  Personally, I’m willing to be wrong if it means keeping my head in one piece.  I like my head that way.  3 out of 10 on The Rockometer.