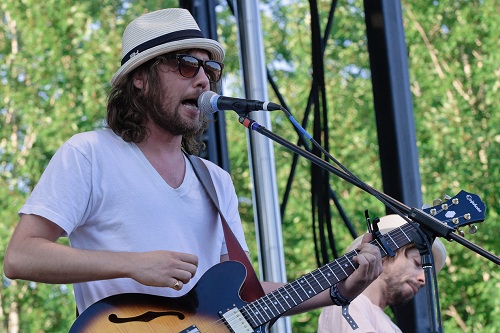 Do you remember reading those articles earlier in the year about the new, leaner Broken Social Scene?  Don’t.  Kevin Drew, the master-mind of this Canadian, indie rock collective still brought along something like 27 musicians for his set at the Pitchfork Music Festival.  There were five guys strapped in to guitars, drums, keyboards, a cello, violin, horn section (trumpet, trombone, two saxophones), fife and flute to name just some of the musicians and instruments on stage.  Every number didn’t include 27 musicians and 27 instruments.  Rather, in the true spirit of a collective, people entered and exited the stage taking up different instruments depending on the number.

With all those people and all those different music-makers one would expect a varied, engaging set.  Broken Social Scene delivered on the engaging part.  Drew was a very gracious frontman, often thanking the city of Chicago for their support over the years and even calling the Windy City his second home.  Plus, the very nature of Broken Social Scene: Thickly layered music with ripping guitar solos, grand crescendos, and tight harmonies, requires attention from the listener.  However, the varied part of the equation never came to fruition.  The focus of the night’s set was on their recent releases, 2005’s self-titled release and 2010’s Forgiveness Rock Record.  As such, songs like “World Sick”, “Texaco Bitches,” “7/4 Shoreline,” and “Superconnected,” fell into a predictable pattern — Long verse, short chorus, solo, long verse, new musicians enter, others exit, another solo, build to a big ending, etc.  Only when they reached back to 2002’s “Cause=Time,” and its bubbling groove of a bass-line, did their performance have the free-flowing feel it so badly needed. 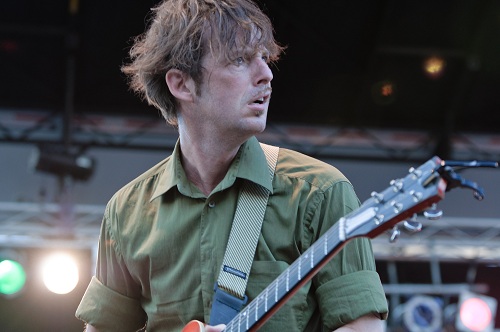 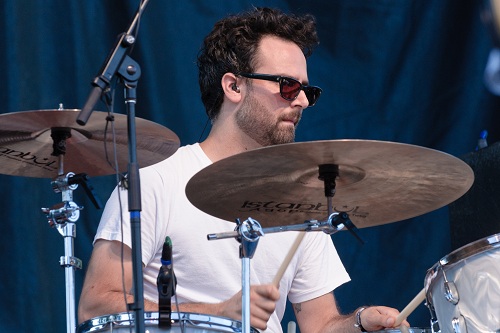 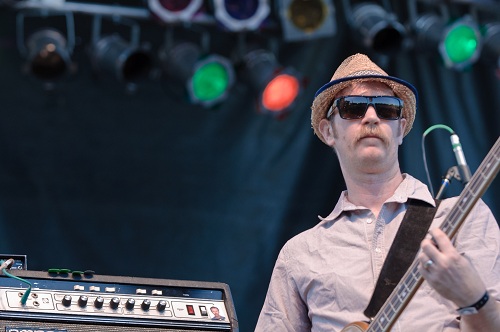