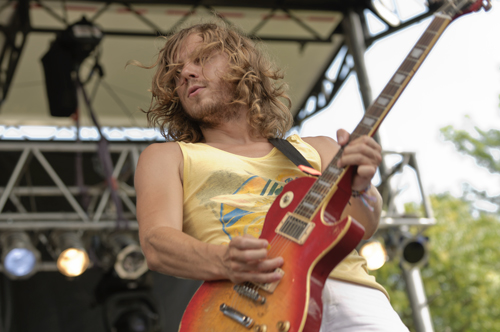 Reaction to the first day of the 2010 Pitchfork Music Festival was mixed at best.  You can blame the heat, the lineup choices, or Modest Mouse for not playing more of their old sh*t.  Regardless, at 1:00 Saturday this festival needed a square kick in the pants.  Hello, Free Energy.  May we have some of that?

To everyone’s delight, the self-avowed Thin-Lizzy freaks from Philadelphia, delivered energy, and loads of it.  With two guitars, longhair blowin’ in the breeze, and thumpin’ rhythms meant to get you movin’, Free Energy played song after song of unabashedly slick power pop.  They had the tambo and the cowbell going, and they pointed their guitars skyward to accentuate their slick riffs.  To reciprocate, the crowd shouted in anticipation when the first notes of the band’s break-through single, “Free Energy” hit the speakers.  They would hop and bop along, clap their hands in the air, and sing along to every “Na na, na na na” that followed.  When lead singer, Paul Sprangers, looked out and saw all those folks enjoying themselves in the summer sun, he couldn’t help but remark, “This totally rules.” 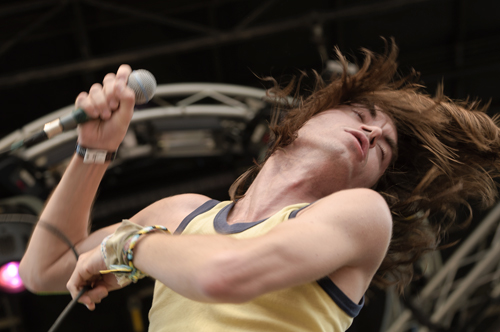 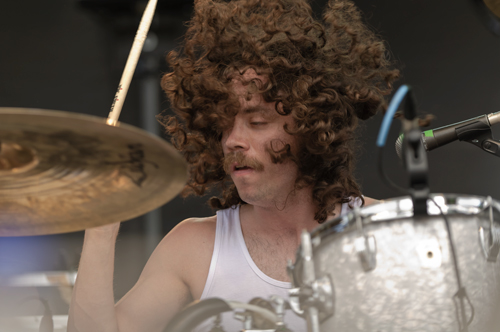 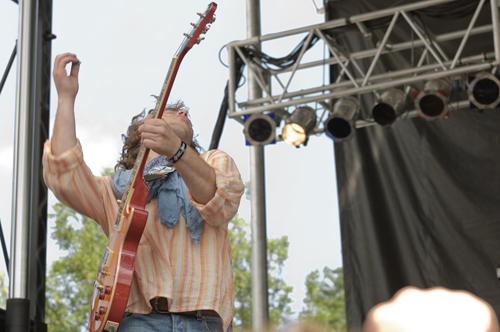