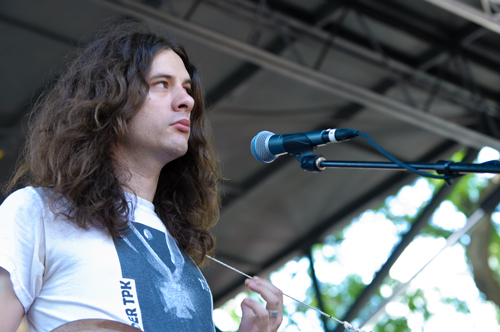 The B-stage wasn’t a bad place to be on Saturday afternoon, in Union Park.  There were plenty of trees and shade.  There were shorter lines for water and beer.  And, there was Kurt Vile, the freak-folk rocker from Philadelphia, who was joined by his backing band The Violators.

On this day, The Violators consisted of a second guitar, a harpist, drummer, and some extra tape loops from who knows where.  With harpist in tow, one might have expected Vile to explore the folksier side of his ever-growing catalog.  Surprise, surprise, he came out rockin’ with the monster riff of “The Hunchback,” followed quickly by the John Lennon like, “Monkey,” the krautrock meets folk meets guitar geekery of “Freak Train,” and the bright, up-beat pop of “Freeway.”  And it all should have gone down fantastically, except the sound was all mucked up.  The mix was all vocals and harp.  They needed more guitar and more guitar, and then, a little more guitar.  You shouldn’t be able to hear a harp over two dudes playing crunchy guitar riffs.  You shouldn’t be able to hear harp over all that feedback and echo.  You did and it didn’t always sound good. 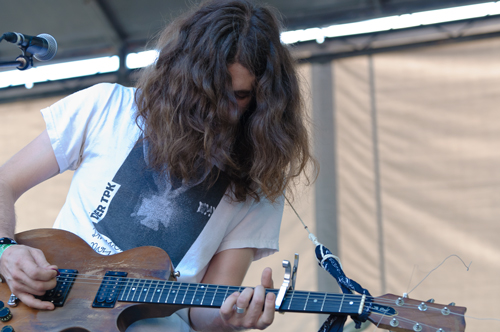 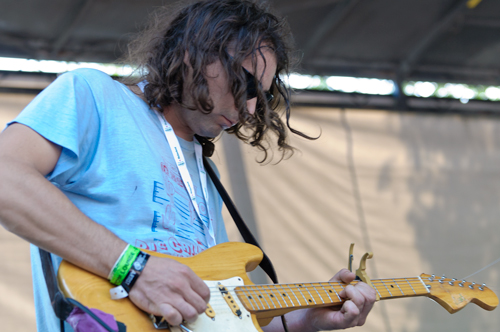 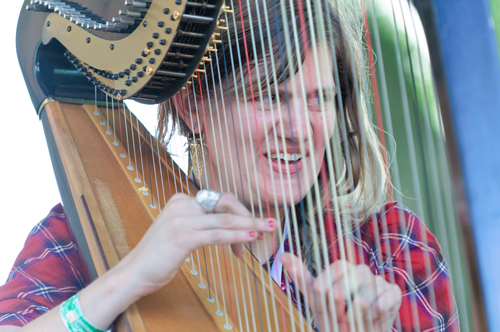 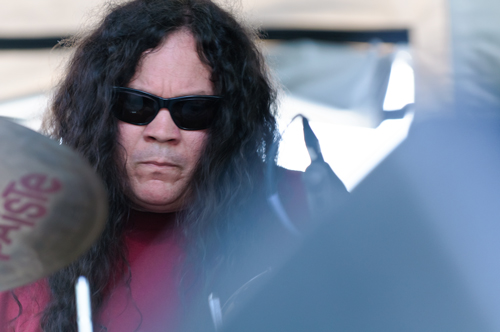