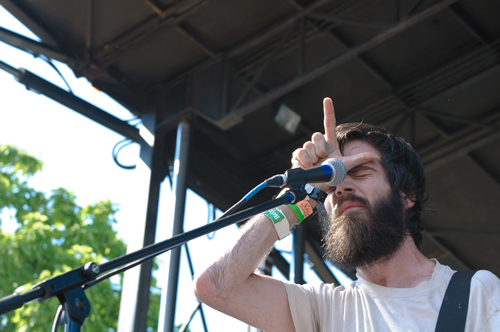 New Jersey’s Titus Andronicus may make themselves out to be card carrying members of The Loser Club, but there’s another card they carry around in their wallets, a card which trumps their misfit status —  The Rocker Club.  You see, these young-uns have grown up fast between albums one and two, going from wordy, agitated punk, to expansive, complicated punk jams, adding inspiration from The Boss, The Pogues, Billy Bragg to go with their youthful aggression.

This new found confidence was on full display, Saturday afternoon at the “C” stage.  Beginning with “A More Perfect Union,” from their most recent release, The Monitor, the band furiously blew through fits and riffs, moments of open-heart honesty and movements of pure guitar aggression.  And that was just the beginning.  Ignoring the mid-afternoon heat, lead singer Patrick Stickles, leaped into the pit to thrash with the kids during “Titus Andronicus.”  Later, the band would be joined by three members of the Mass. band, Hallelujah the Hills, for  “Fear and Loating in Mahway, NJ, “The Battle of Hampton Roads,” and “Titus Andronicus Forever.”  There were eight people on stage, and they were all rockin’ out.  Even the dude with the trumpet, when he had no trumpet part to play, was busy bangin’ his head and screaming his back-up vocals.  Those pressing up against the barrier in the front row were more than happy to shout and rock out, too. 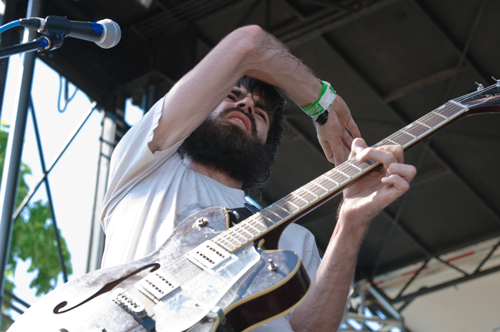 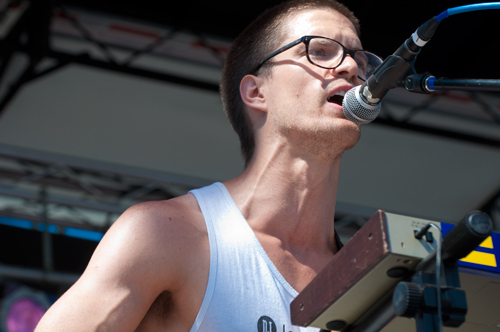 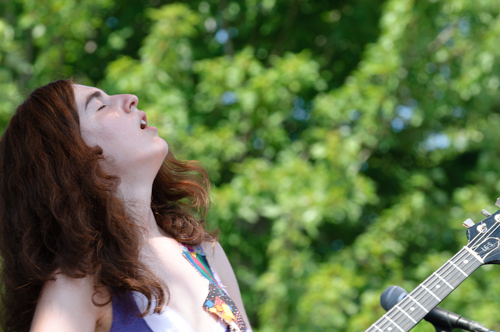