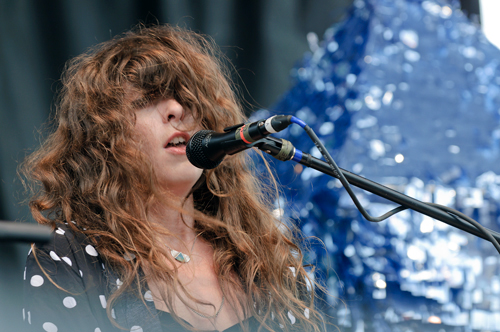 Look, we all know chill is in.  Who out there in the festival crowd didn’t want a little more chill as the temperatures reached 90 for a third consecutive day.   Water was cut to $1.  That’s chill.  Ice Cream Man would occasionally make his way through the crowd.  That’s very chill, especially if you managed to snag a rocket pop.  And, squirt boy would give you a squirt from his squirt bottle if he saw you sweating.  That’s chill and so kind.  However, as cool as chill can be, there does come a point where there’s too much chill, like the opening sets Friday night at the Pitchfork Music Festival, and again, during the opening sets Sunday afternoon.

Needless to say, the slight, bright and breezy music coming from Beach House did nothing to lift the festival from another case of the early day doldrums.  Oh, Victoria Legrand does have quite a voice, slightly husky and sweet, like lullabies from a chain-smoking mother, and no doubt, those whooshy, dream-pop sounds would sound sweet on a turntable, but not today, not when the festival already had its fill of chill pop sounds. 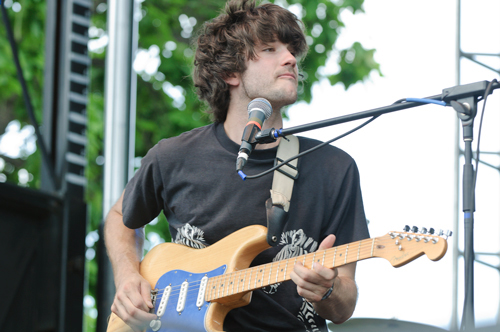 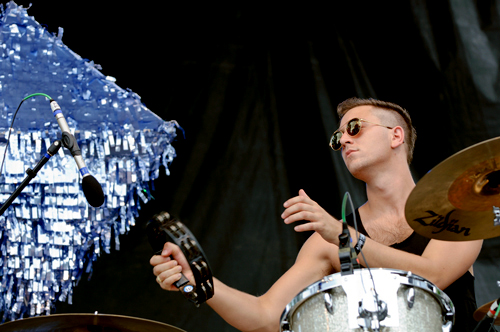