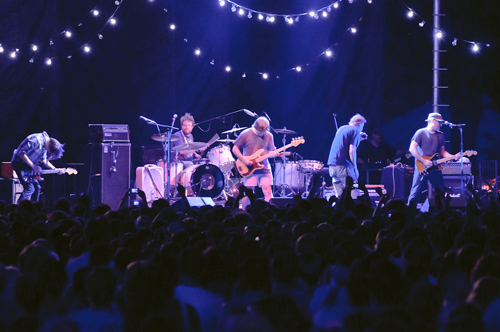 Thousands of people came to Union Park to see indie-rock icons, Pavement, reunite.  No one came to Union Park on Sunday for Rockin’ Rian Murphy.  Yet, there he was, up on the big stage, introducing the night’s headliners.  And from the moment he opened his mouth, it was a disaster.  First, he said he was at Lollapalooza, not Pitchfork.  Trying to correct himself, he added that Pitchfork’s main purpose was to nurture young bands so they could graduate on to Lolla.  Then, he said he’d been waiting 20 years for this show, when everyone knows Pavement was formed in the early ’90s and didn’t call it quits until ’99.  He would go on to praise illegal downloading, and call the folks at indie labels like Merge, Sub Pop, and Matador heartless corporate shills.  He claimed to have put his life into breaking Pavement into the mainstream, but they never captured that lightning in a bottle moment.  With every line, came more unrest from the crowd, another round of boos, and another bottle chucked at the stage.  Then, just as it seemed things couldn’t get any worse, Rockin’ Rian Murphy turned the tables on the crowd, and snapped, “You humorless f*cks.  You’re gonna get what you deserve, Pavement!”

Well played, my man.  All these years have passed, and Pavement haven’t lost any of that playful, awkward, off-beat humor that helped make them the cult favorites they are today.  There was singer/guitarist, Stephen Malkmus, on the left of the stage, so nonchalant, every bit the slacker he was  20 years ago, and Spiral Stairs on the right side, playing the hype man to Malkmus’ lead, so goofy.  Whether he was shouting back-up vocals with the spirit of a hardcore singer, or on the tambo, wood block, mini-drum kit, or vuvuzela, he never lost his smile.  Similarly, whether they were singing along, hugging, or slow-dancing, the crowd never lost their smiles, either.  When that big riff hit during “Cut Your Hair,” it was if all the complaints about the heat and the boring acts, all those complaints about BP and the economy, all those complaints about your job, girlfriend, neighbors, and that dog who won’t stop that f*cking barking, suddenly vanished.  Everything was right in the world.

Still, while some things about Pavement were remarkably just how you remembered them — The shaggy hair, missed notes and notes missed on purpose, the quirky, never meant to be guitar anthems like “Stereo,” “Kennel District,” “Range Life,” and “Gold Soundz,” other things did change.  The band turned “Two States,” into a rootsy, back-porch jam of a number, “Conduit for Sale!” raged like it never did on record, and they absolutely nailed complex ending on other numbers.

To claim there was one particular highlight of the festival’s closing set, would be misleading.  Most people would probably pick the whole 21-song set.  Yet, there was something special about the loose, haggard guitar chords Malkmus strummed during, “Here.”  His voice was perfect in its imperfectness.  The rhythm was off a beat in an off-beat way, just like it needed to be.  It was quintessential Pavement, and a most pleasant way to come down from all the highs and lows of the weekend. 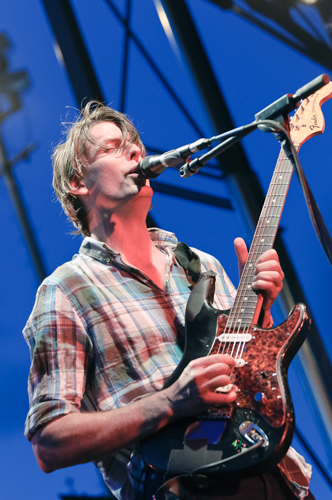 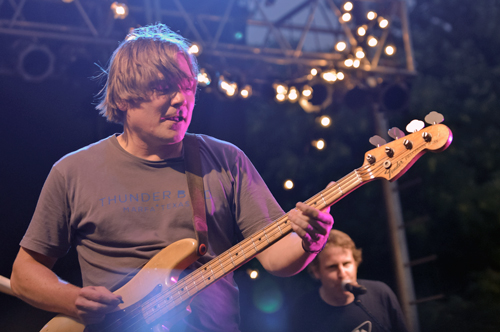 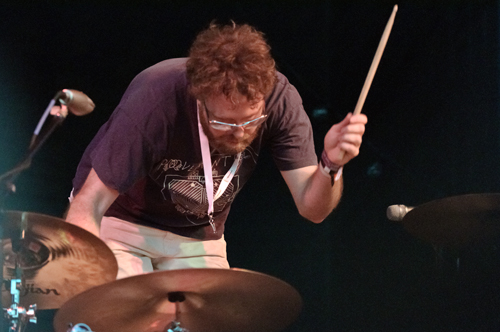 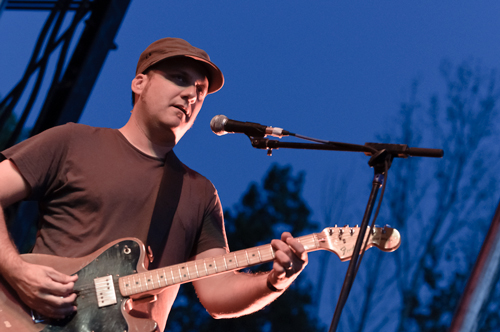 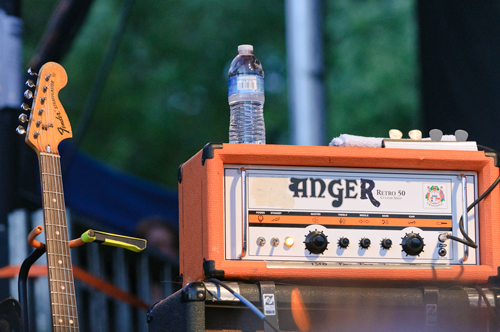