Warning: "continue" targeting switch is equivalent to "break". Did you mean to use "continue 2"? in /nfs/c06/h01/mnt/88637/domains/blog.irockcleveland.com/html/wp-includes/pomo/plural-forms.php on line 210
 I Rock Cleveland I Rock Cleveland | Top Jam of the Week: “Glitter” by No Age

Top Jam of the Week: “Glitter” by No Age 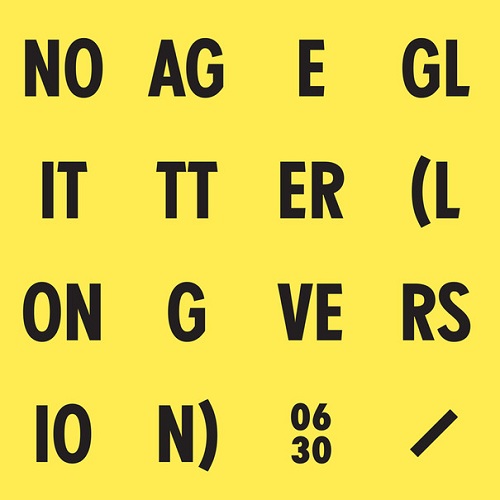 “Glitter,” the first single from No Age’s forthcoming album, Everything in Between, has the distinction of being the first song by the LA noise-rock duo which is actually danceable.  Sure, there were moments on Nouns which practically begged the crowd to pogo along to those righteous and ragged guitar chords, and there were those moments on Weirdo Rippers, too, where the interludes of white noise could spawn the more chemically altered in attendance to do that hippie-shake thing, but this is different.  “Glitter” has a discernible bass line, a very much New Order like bass part which splits time with harsh, squeaky pieces of guitar noise and whooshes of ambient keyboard as the focus of the track.  The result, despite this initial description, isn’t chaotic at all.  It’s a controlled noise and a controlled tempo, and rather melodic.  It’s as if we just unearthed a trove of John Hughes approved, ’80s new wave remixed by Sonic Youth from an old, musty box forgotten in some record label’s basement, with “Glitter,” being just the first of many wonders to be found.

No Age’s second Subpop release, Everything in Between will be released on September 28th.  12″ and 7″ versions of the single “Glitter,” meanwhile, will be out on August 24th.

No Age on Subpop Records.