The Rockometer: Boris with Ian Astbury by BXI 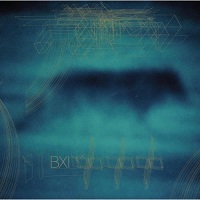 The funny thing about this collaboration between the mightily respected, Japanese hard rock band, Boris and The Cult’s Ias Astbury, is for years many have contended (Myself included) that the only obstacle keeping Boris from totally dominating American Rock ‘N’ Roll is the fact their English is mainly limited to phrases like “Rock ‘N’ Roll,” “Metal,” and “F*ck Yeah.”  Put a real vocalist out front, one with dynamic range and a real grasp of what it means to be a rock singer, one like Ian Astbury, I would contend, and there would be no stopping this band.  Except, now, we have this album, BXI, featuring Boris and Ian Astbury, and I miss the Boris of old.  Lead track, “Teeth and Claws,” comes off as a sanitized version of a limitless band who are unsure how to adapt to their new lead.  Instead of pushing the pairing, it settles for a heavy rock radio vibe with an obvious verse-chorus-verse structure and clean leads.  In other words, it could be a hit, but it’s not the hit many of us wanted from BXI.  Meanwhile, “We Are Witches” has some sweet riffs — thick and chunky in the verses, and blazing in all the parts you want blazing, but to hear Astbury go all D&D makes one long for the times when Boris could have been singing about ogres, trolls, elves, and unicorns, but you really didn’t know or care what they were really careening on about.  The B-Side fares better.  Boris guitarist, Wata, takes the lead on “Rain,” and her wispy vocals (In Japanese) fit perfectly with the band’s modern shoegaze and metal interpretation of this old number by The Cult.  Additionally, the guitar work here sounds like Boris guitars — screeching and reverberating between stereo channels.  Later, album closer, “Magickal Child,” slows things down with some brutal, low-end rumbling and tasteful atmospherics.  Astbury’s vocals are big and emotional and display the same powerful range as they did during his days with The Cult.  This is the exact sound, modern Japanese metal and doom with melodic, hard-rock sensibilities, which this pairing promised, but only occasionally delivered.  6 out of 10 on The Rockometer.