The Rockometer: S/T by Interpol 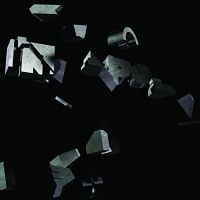 For better or worse, the self-titled, fourth album by the NYC post-punk band, Interpol, is exactly the album one would expect them to make.  It isn’t a return to form.  No, that would imply Interpol lost their form at some point between their beginnings on the indie, Matador, their major label move to Capitol, and their return to Matador.  There’s still minor-key, despondent rock aplenty, and it’s still augmented by nimble bass-lines, skittish drumming and the occasional attempt at U2-like grandeur.  This is the same Interpol on a new, old home.  The singles “Lights and “Barricade” could have been recorded at any point during their decade in the spotlight, and those same things which either grated the listener, like vocalist Paul Banks sometimes hammy attempts at sincerity, or pleased the listener, like the band’s firm grasp on those English icons of dark, new-wave, Joy Division and Echo and The Bunnymen, are still here.  For better or worse, Interpol is a band who is a sum of their influences; A band who is forever a snapshot of a particular point and time in NYC’s musical and cultural history, when post 9/11 anxiety and post-punk sounds were the rule of the day;  A band who is incapable of being nothing more or nothing less than anything they’ve already been.  Perhaps, that’s what bassist Carlos D sensed when he left the band after the album’s recording was completed.  Perhaps, the rest of Interpol know it, too.  It would certainly explain the ten years of moping.  6 out of 10 on The Rockometer.