Warning: "continue" targeting switch is equivalent to "break". Did you mean to use "continue 2"? in /nfs/c06/h01/mnt/88637/domains/blog.irockcleveland.com/html/wp-includes/pomo/plural-forms.php on line 210
 I Rock Cleveland I Rock Cleveland | The Rockometer: Songs for Singles by Torche

The Rockometer: Songs for Singles by Torche 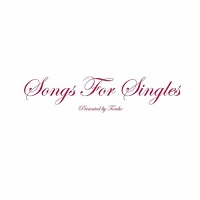 From its delicate packaging to the vinyl inside, with its lipstick-kissed labels, the Miami, Florida band, Torche, want you to think of Songs for Singles as a carefully worded love letter.  Yet, once you familiarize yourself with Torche, the band, and their brand of fast, fierce, and heavy Rock ‘N’ Roll, you realize they’re talking about a different type of single — The radio single.  This Miami four-piece is radio-ready in the truest sense of the phrase.  Think back ten, no, maybe more like fifteen, years ago, and any number of bands featured a similar attack of relentless tempos, bludgeoning low-ends, agile and aggressive guitars, and keen pop-smarts.  Today, however, the concept of a heavy, melodic band is as foreign to music fans as indoor plumbing is to Amazonians.  These things simply do not, or rather, did not exist.

Torche, however, very much does exist, and key to their blossoming appeal is their ability to get in and out of heavy grooves like no other.  Starting with 2005’s self-titled release, through 2008’s critically-acclaimed, Meanderthahl, and now with Songs for Singles, Torche exhibit an almost zen-like ability to know when to end one song and when to hit the next big riff.  Lead track, The two-minute, fist-pumping anthem, “U.F.O,” wastes no time and fewer notes.  It’s followed by “Lay Low,” a number which finds its heavy groove and disposes of it in less than a minute.   And rather than being filler, “Lay Low” and tracks like it in Torche’s catalog, serve a very real purpose by bridging the gaps between singles and providing a sense of continuity throughout the album.   For while other bands may meander through solos or twiddle through an extended outtro in order to prove their musical chops, Torche prefer to kick out more jams —  Jams like “Arrowhead,” a pummeling hunk of metallic, post-punk, and “Cast Into Unknown,” a number which would be a power-pop anthem in a lighter band’s hands, and, the hypnotically, heavy static-chargeed, album-closer,  “Out Again,”  all jams which would make your corporate rock radio station 100% more viable, not to mention 100% more rad, overnight.  8 out of 10 on The Rockometer.