Warning: "continue" targeting switch is equivalent to "break". Did you mean to use "continue 2"? in /nfs/c06/h01/mnt/88637/domains/blog.irockcleveland.com/html/wp-includes/pomo/plural-forms.php on line 210
 I Rock Cleveland I Rock Cleveland | The Rockometer: Halcyon Digest by Deerhunter

The Rockometer: Halcyon Digest by Deerhunter 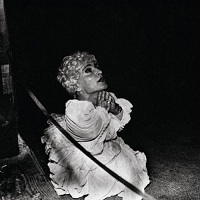 Like most of Bradford Cox’s output, Deerhunter’s Halcyon Digesst, is part sonic experiment set to song and part unforgettable songs.  On this, the fourth album from the Atlanta musician and his band, however, it’s become harder to separate the two.  Moments of melodic, garage pop like “Don’t Cry,” “Memory Boy,” and “Revival,” no longer stick out as “A-Ha!”  moments.  Instead, they effortlessly slide into the larger work of an album flush with warm, ambient tones, hushed, dream-like narratives, and meticulously developed textures.   And when both sound and song are perfectly aligned, as on “Desire Lines,” “Helicopter,” and “He Would Have Laughed,” the results are staggering, as if someone had taken the output of troubled, songwriter Elliott Smith and set them to the melodies of electronic music pioneer, Brian Eno.  That someone, of course, is Bradford Cox, and his work, in its singularity and its vision, is now worthy of such lofty comparisons.  9 out of 10 on The Rockometer.