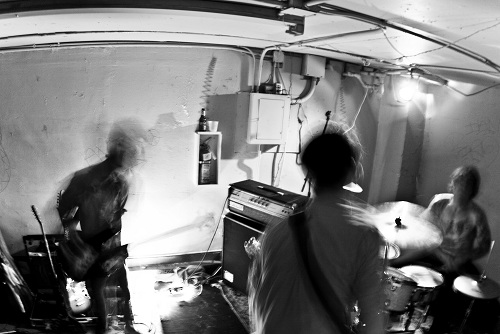 I Rock Cleveland Tips for Aspiring Musicians #48: You never get a second chance to make a first impression and your band name is your first impression. Name your band something totally stupid like Ducktails, Dale Earnhardt Jr Jr, Xena Versus She-Ra, Goonies Never Say Die, Golden Girls, Knight Rider, or Thundercats Say Ho and that email from your publicist announcing your latest single gets deleted as quickly as the one which read, “Hey Bill, Check Out Hinder In Cleveland This Thursday!!!”

A similar fate may befall a band with a nondescript name like Weekend. Hundreds of emails pass through my inbox every day, and hundreds of music related items show up in Google Reader, and I need some way to filter out junk bands. Ignoring bands with bad names is as good a method as any. And, should one of these bands with a horrible name happen to be rad, I’m ok with being weeks or months behind the curve, as it means someone else was the first to take a chance on Xena Versus She-Ra or Weekend.

Weekend, by the way, happen to be a rad band with a bad name from San Francisco who first started to garner attention months ago for their single, “Coma Summer,” a track which places them as the missing link between No Age’s ambient-punk and A Place To Bury Strangers’ brand of caustic and seething post-punk. The first minute and a half of “Coma Summer” is as pleasant as any soundscape No Age has composed, then the guitars really kick in, and they’re straight outta Death By Audio, as grinding, metal on metal, machine racket fills the mix. Yet, this combination of tranquility and noise is only half the story. There’s a pop song lurking in there, too, a delight of a pop song channeling, but never imitating, UK Shoegaze; A pop song revealing a band able to interpret the noisier sounds of the past without sounding like another My Bloody Valentine or Jesus and Mary Chain knock-off.

Weekend’s debut LP for Slumberland Records, the also generically named, Sports, won’t be out until November 9th, but you can stream it now, over at NPR’s music section.