The Rockometer: Spiral Shadow by Kylesa 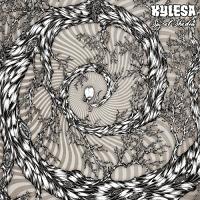 The heavy, but not necessarily metal band, Kylesa are like Canada’s post-hardcore kings, Fucked Up, or Japan’s do-it-all metal masters, Boris, in that they’re seemingly capable of whatever they set their minds upon. Throaty and propulsive, post-hardcore anthems? Check “Don’t Look Back.” Sludgy and bludgeoning psychedelic rock? Check “To Forget.” Wavering soundscapes, radio anthems, beefy blues riffs, precise guitar picking, thrashing, shredding, and strong melodies? Check ’em all. They can also be reminiscent of Torche, another heavy band from the American South making a bigger name for themselves, in that they maintain a sense of conciseness throughout Spiral Shadow. Why spend five minutes swimming in ambiance when five or ten seconds can do the same trick? Why drop everything to showcase extended guitar solos when the same power can be gleamed from briefer bursts of strength? Why make a four minute song eight minutes long when there’s so much more ripping to do? And make no mistake about it, if Spiral Shadow is any indication of what Kylesa can do, they have much more ripping ahead of them in the future. 9 out of 10 on The Rockometer.