The Rockometer: S/T by Idle Times 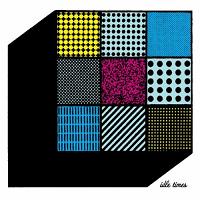 Even a cursory listen to Idle Times’ self-titled release for Hozac Records reveals a band who would absolutely slay a small club audience.  Imagine how those skronky guitars which slit and slice their way through early psychedelic rock, garage rock, and pop would sound on a proper sound system.  That room would shake!  Unfortunately, the thin, tinny mix, while consistent with the grittiness inherent in many of Hozac’s recent releases, a quality, by the way, which makes many of those releases great, isn’t always an asset for this band.  When Idle Times proffer fuzz pop in the vein of other modern lo-fi bands Times New Viking on songs like “There You Go,” and “Gin and Death,” the sound is spot on primitive and feisty. However, when we’re talking about the ramble rock of “I’m Gone,” the swampy stomp of “I Believe It/X-Tina,” or the Keith Richards like, four-alarm lead riff on the “Do You Hear Those Bells,” the listener can be left wanting.  Floors should be rumbling.  Neighbors should be knocking.  Your ears should be buzzing.  Instead, that heft was left in some studio.  For all we know, Idle Times guitarist Brian Standeford could be the next J Mascis. His inventiveness knows no end. First, however, we need to find the man a proper stack.  7 out of 10 on The Rockometer.