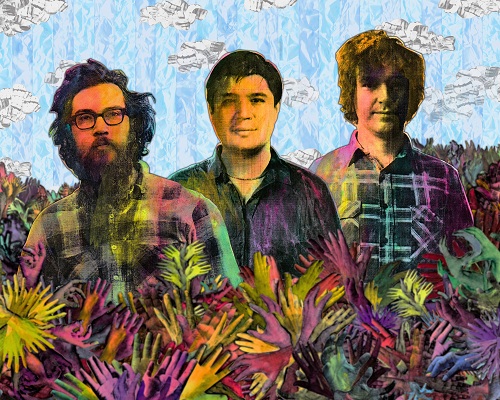 Parts and Labor are back to a three piece, and back to doing what they do best — Combining the electronic screech from closets full of reclaimed electronics with old style punk rock ethos to create music which is both forward thinking and familiar.  Case and point, witness “Constant Future,” the first preview track from their forthcoming album of the same name.   After a brief ambient introduction, one which leaves the listener wondering exactly where Dan Friel and BJ Warshaw are taking the listener this time around, the low end begins throbbing and drummer Joe Wong starts to pound a dogged marching beat.  Then, around the track’s midpoint, Friel and Warshaw bring the fury.  Who knows what, or how much gear they had to be chained together to get that buzz, but it sure does swarm, from channel to channel, and a with a determination largely absent from their last outing.  Now, when that same ambient melody comes around a second time, it’s surrounded by one pulsating beast of a song.  This is Parts and Labor.

Constant Future, the fifth album by the Brooklyn trio, Parts and Labor, will be out March 8th on Jagjaguwar Records.