The Rockometer: Pass the Stone by Prisoners 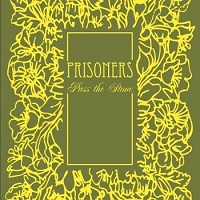 Guitarist/vocalist, Jason Look, and his young band of rockers, Prisoners, have been laying their claim on local stages for the past two years with a no-frills, bar room bluster of classic garage rock, folk and blues.  Their continuing command of the rock and roll canon, displayed here on their second full length release, Pass the Stone, should be of  no surprise to any of those those who’ve caught one of those shows or passed Look on a trip to Blue Arrow Records in Collinwood, where he can often be found working the register, spinning dusty old grooves on the store’s turntables.  He’s taken in the knowledge of The Stones, Dylan, and The Replacements and any manner of long-lost bands that only a record store clerk could command.  The ‘Mats references are the most immediate on tracks like “Fix Yer Head,” and “Mistake,” and “Make You Cry.” Look’s voice is eager, unstable and cracks with emotion as the band’s three guitars ramble and ramshackle in loose concert.  “Street Creep,” meanwhile, is a rambunctious mix of old rhythm and blues and Exile-era Stones.  It’s not just the rave-ups that stand out, however.  The dirtied up, doo-wop of “Boom Cha Cha (Don’t Come Back),” the freewheelin’ folk of “Side of the Road,” and the booze and smoke ballad, “I’m a Goner,” also serve as highlights on an album where quality is in no short supply.  Really, the only thing separating Prisoners from Cleveland’s better known buzz band, Cloud Nothings, is recognition.  With an album as dynamic and solid as Pass the Stone, underground rock labels like In the Red, Goner, Hozac should start paying attention.  Cleveland, you are on notice, too — The time for Prisoners has come.  8 out of 10 on The Rockometer.