The Rockometer: S/T by Cloud Nothings 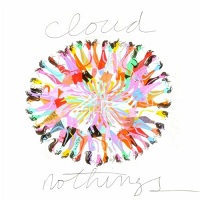 From The Mice in the Eighties to Machine Go Boom in the Aughties, Cleveland has a long history of producing fever-pitched power pop bands who boasted loads of shoulda-been hits but failed to make a lasting impact outside of the local scene.  Cloud Nothings don’t have that problem.  From the moment Dylan Baldi’s first basement-produced single, “Hey Cool Kid,” hit the internet, his band has been a fixture on Pitchfork, this generation’s king taste-making website, and countless other outlets.  As a result, there’s been a real sense of anticipation building for this album, a self-titled release on Carpark Records.  Baldi takes this anticipation and quite literally runs with it.  From the opening number, “Understand at All,” itself a raucous romp through the high speed and high volume indie rock of Superchunk, there’s nary a break from this pop attack. “Should Have,” manages to take on the earnestness of young love and the earnestness of  early 2000’s emo, like the Get Up Kids, without falling into the way too much emotion for the situation trap.  While “Not Important,” “Heartbeat,” and “Rock,” all get in under the two-and-a-half minute mark and are more in the vein of adolescent punk-pop like The Descendents.  Whether or not these songs, these riffs, and these words become memorable is more a question for time.  The guitar riffs, like the songs themselves, are all quick and to the point.  The words arrive as swiftly as Baldi can get them out, in squeezed, pitched up tones.  For now, however, it’s hard to argue with 30 minutes of something so pure as a young man singing his pop songs as fast as he can.  7 out of 10 on The Rockometer.

MP3: Cloud Nothings – Understand At All

VIDEO: Cloud Nothings – Should Have