Warning: "continue" targeting switch is equivalent to "break". Did you mean to use "continue 2"? in /nfs/c06/h01/mnt/88637/domains/blog.irockcleveland.com/html/wp-includes/pomo/plural-forms.php on line 210
 I Rock Cleveland I Rock Cleveland | “Follow the Leader” by Sloan 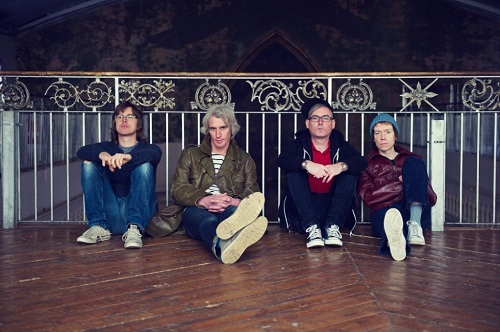 Canadian power-pop stalwarts Sloan are readying a new full length titled Double Cross to coincide with their 20th anniversary as a band and as the quality of their recent releases would attest (See 2006’s Never Hear the End of It and 2008’s Parallel Play) they have no intention of slowing down any time soon.  Do you need further proof?  First single, “Follow the Leader,”  has everything us Sloan fans have come to expect from the band — The hooks are clean, the vocals are clear and the harmonies shine; A guitar solo hits during the bridge with the perfect balance of showmanship and restraint.  As for the coda, the foursome saves one of their time-tested tricks: A new key and a new melody.  The switch is so seamless it’s as these two distinct melodies were always destined to be one.  And that, in a nutshell, is why Sloan continue to intrigue.  Trends and micro-trends can come and go, but talent never goes out of style.

Sloan’s 10th album, Double Cross, will be out May 10th on YepRoc Records.