The Rockometer: No Witch by Cave Singers 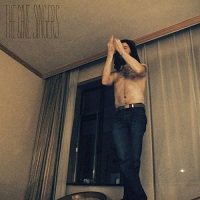 The Cave Singers
No Witch
Jagjaguwar

For Pretty Girls Make Graves founding member and bassist, Derek Fudesco, the transition from the scathing post-punk of his former band to the sounds of the pastoral, Northwest in his new band, The Cave Singers came natural.  Maybe, too natural.  Along with vocalist Pete Quirk, and Marty Lund, the trio easily blended mystical guitar lines and front-porch freedom folk for two albums on Matador Records to only middling success.  In an attempt to shake things up, the band and their new label, Jagjaguwar recruited producer Randall Dunn, notable for his work with such heavy, heavy acts like Boris and Sunn O))), for No Witch, their third album.  And shake things up he did.  One can hear elements of dirty, delta blues on “Black Leaf.” While old time gospel and soul make their way into “Falls” and “Haystacks.”  The problem with these diversions is that neither the band nor producer, Dunn, feel entirely comfortable in these realms.  The songs come off flat, and without feeling, where blues, gospel and soul should be overflowing with emotion.  They fare much better on numbers like “Distant Shores,” where a small string section augments their base sound  and on tracks like “Outer Realms,” “Faze Wave” and “All Land Crabs and Divinity Ghosts” where Dunn borrows some drone from his heavier work.  Here, tribal drumming and wandering background buzzes, combined with Fudesco’s hypnotic, acoustic guitar melodies, successfully give the band the depth and variety they’ve always lacked.  Too bad it took an album of hits and misses to figure this out.  Instead of No Witch being the album where The Cave Singers cash in on the promise of their earlier work, it’s a transitional, hodge-podge of an album lacking true direction.  5 out of 10 on The Rockometer.