The Rockometer: Several Shades of Why by J Mascis 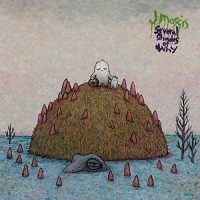 Writing for the Onion’s AV Club, and noticing the distinct lack of shredding on Several Shades of Why, the solo-acoustic offering by Dinosaur, Jr’s lead axe man, J Mascis, Noel Murray makes the following observation: “A mellow Mascis is like a sports car stuck in a school zone: The chassis still looks good, but we don’t get to see what it can really do.”  He’s right, of course.  We never do get to hear one of Mascis’ classic, six stack of amps, gut-shaking mega-riffs on Several Shades of Why.  It all becomes a moot point, however, when a track like, “Is it Done,” comes along at old-man-tan sedan speed and still invigorates — Heavy with heartbreak, Mascis’ voice aching, tunefully strummed, and rich in details — A finely picked line here, a little bit of electric guitar there, Band of Horses’ Ben Bidwell chipping in on backing vocals — This could be a J Mascis song, a John Oates song, or a Jim Nabors song and it would still be a jam.  Should you listen patiently and listen without prejudice you’ll find Several Shades of Why has many more moments just like it: Guest musician Sophie Trudeau’s elegiac violin melodies on the title track; The interplay of saw, flute, and Kurt Vile’s slide guitar on “Make it Right;”  Vile, Kevin Drew and Bidwell harmonizing like a modern day Crosby, Stills and Nash to Mascis’ Young on “Not Enough.”  Perhaps, a better comparison would be the one made by Pitchfork’s Ryan Drombal, who compares Several Shades of Why to Neil Young’s After the Gold Rush. No one seemed to mind when Young turned down the volume.  Maybe it’s time we re-align our expectations of Mascis, too.  Several Shades of Why makes a compelling argument.  8 out of 10 on The Rockometer.