Warning: "continue" targeting switch is equivalent to "break". Did you mean to use "continue 2"? in /nfs/c06/h01/mnt/88637/domains/blog.irockcleveland.com/html/wp-includes/pomo/plural-forms.php on line 210
 I Rock Cleveland I Rock Cleveland | The Rockometer: Ascension by Jesu

The Rockometer: Ascension by Jesu 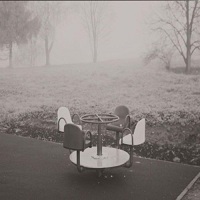 As a general rule, I wouldn’t recommend the creative path Justin K. Broadrick has chosen with his projects Jesu and Pale Sketcher, steering his heavier music to one (Jesu) and the more electronic based music to the other (Pale Sketcher).  Why not have one project that encompasses elements of both, with a rockin’ track here and something more mellow there?  Wouldn’t that produce a more fulfilling experience for the listener?  How are you going to ensure the quality of both projects?  Wouldn’t you be better off with one solid album then two, with two different names, each stuffed with filler?  For Broadrick, however, this decision makes sense.  As his interest in electronic music grew, Jesu’s releases lost some of their focus, and when he did do heavy, the songs felt top-heavy, without much of a low-end to sustain the types of thick, nuanced drones which had made Jesu’s reputation in the first place.

Here on Ascension, true to his words, Broadrick has released Jesu’s heaviest record in quite some time, and his renewed focus on crunch and thump is both immediate and welcome.  The robust guitar sound on lead track, “Fools” can fill one’s head even at slighter volume levels as it shifts along well-paced progressions.  And, there’s drums.  Unlike recent releases, bass and drums don’t sound like an afterthought, but as an integral piece to the Broadrick experience.  When electronic elements do creep into the mix, they accessorize, but don’t drive the songs.  On “Birth Day,” the old-fashioned guitar drone is accompanied by flickering keys and a steady stream of white noise.  The result is as engrossing as it was the first time Broadrick tuned down and slowed down.  A similar strategy is employed on tracks like “King of Kings” and “Broken Home.”  While on “Small Wonder,” a quaintly delicate keyboard line is surrounded, nearly swallowed by the overriding burr and buzz, until the melody grandly and elegantly climbs and the keys reveal themselves to be capable of the same level of density and complexity of Jesu’s guitar tracks.  Ascension only falters when Broadrick strays from the base formula.  The mid-tempo alt-rocker, “Sedation,”  misses on shoegazer metal, and instead comes closer in approximation to late ’90s alt-metal, like the Deftones, but without the hooks.  And while it’s a welcome change of pace, it’s entirely inessential, and a rare misstep on the album where Broadrick got his deep and rumbling, loud and all-encompassing groove back.  7 out of 10 on The Rockometer.