Warning: "continue" targeting switch is equivalent to "break". Did you mean to use "continue 2"? in /nfs/c06/h01/mnt/88637/domains/blog.irockcleveland.com/html/wp-includes/pomo/plural-forms.php on line 210
 I Rock Cleveland I Rock Cleveland | The Rockometer: Goodbye Bread by Ty Segall 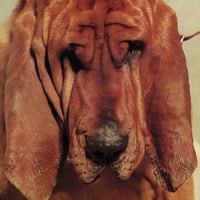 With the untimely passing of Memphis garage rocker, Jay Reatard, in 2010, many tabbed San Franciscan Ty Segall as his logical heir; Someone young and brash who would light a fire under the American rock underground and make the old sound new again.  There’s just one problem.  Segall has no intention of being the next Reatard.  Album opener, and title track, “Goodbye Bread,” makes that much clear.  It owes much more to the thoughtful, dream-like ballads of John Lennon than anything in the American garage rock canon.   And, it’s a point he makes time and again as his rapidly maturing songwriting effortlessly guides the listener through the quaint sounds of The Kinks and early British Invasion (“I Can Feel It”  and “You Make the Sun Fry”) on to sludgy, proto-metal (“My Head Explodes” and “Where Your Head Goes,”)   and, yes, even a primitive garage rock stomper in “Comfortable Home,” a song whose deceptive heaviness, spot-on harmonies, and righteous shredding make it the album’s standout cut.   The fact that here, Segall chooses to equate a life of domestic tranquility with classic garage rock cannot be a coincidence.  Not on an album as diverse as this; Not on an album whose strength is its wandering spirit and the way Segall easily slides between eras.  Rather, consider it a message straight from the artist, himself — “I could settle down quite nicely from this Rock ‘N’ Roll trip.  I can rip the way you want me to rip.  I could be the artist you want me to be — The next Jay Reatard, the next John Lennon, or the next Ray Davies.  Right now, I’m too busy being me.  Can you dig?”  We dig, Ty.  We dig it a lot.  9 out of 10 on The Rockometer.