Warning: "continue" targeting switch is equivalent to "break". Did you mean to use "continue 2"? in /nfs/c06/h01/mnt/88637/domains/blog.irockcleveland.com/html/wp-includes/pomo/plural-forms.php on line 210
 I Rock Cleveland I Rock Cleveland | The Rockometer: Black Up by Shabazz Palaces

The Rockometer: Black Up by Shabazz Palaces 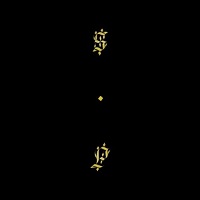 Be honest. If I told you there was this great, forward-thinking rap album released on the venerable, American indie label, Sub Pop and that album was by a former member of Diggable Planets, “Cool Like Dat,” Diggable Planets, what would you think? Has Sub Pop lost its mind? Has I Rock Cleveland lost its mind? Would you even bother reading the next sentence?

We all know the answer and that’s why when he first began recording and performing as Shabazz Palaces, Ishmael “Butterfly” Butler smartly operated under the alias, Palaceer Lazaro. Not that Butler should in any way be ashamed of the work he did with Diggable Planets, but the music industry, and us music consumers have had and always will have a hard time reconciling the artist known as a one-hit wonder with the real artist behind that hit.  It doesn’t matter if we’re talking a smart, small-time hit, like Diggable Planets’ “Rebirth of Slick (Cool Like ‘Dat),” or an everywhere you don’t want to hear it type mega hit, like “Who Let the Dogs Out,” we only want to hear from these artists on VH1 shows with sometimes witty comedians and commenters sometimes saying witty things as we look back and mock those forgotten hits and our forgotten selves.

Whether you consider Shabazz Palaces the work of a reclusive genius, Palaceer Lazaro, or, Ishmael “Butterfly” Butler, a man fortunate to have a second shot at the big time, their debut LP, Black Up, remains a slick fusion of jazz, world-beat, electro, hip-hop and weird.  It’s an album with strange, nebulous titles (“An echo from the hosts that profess infinitum”) and even stranger sounds.  Seriously, check out that shuddering backing track on “Echo” with the backwards chanting of those wicked demon kids.  And how about that synth sound on “A treatase dedicated to The Avian Airess from North East Nubis (1000 questions 1 answer)?”  It practically plays like a lost Fripp and Eno collaboration from the ’70s. Or, get your ears around those squishy electronics  and sly, sexy jazz beats on “Endeavors for Never (The last time we spoke you said you were not here. I saw you though.)” and the warped African rhythms of “The King’s new clothes were made by his own hands,” and the twisted, down-tempo French electro of  “Swerve… the reeping of all that is worthwhile (Noir not withstanding).”   Now, ask yourself, how many rappers are capable of assembling such a forward, foreign, and insightful collection of sounds in 2011? Does it matter if his name is Ishmael or if his name is Palaceer? Would it help if I told you it was the work of genius? Black Up is genius. 10 out of 10 on The Rockometer.