Warning: "continue" targeting switch is equivalent to "break". Did you mean to use "continue 2"? in /nfs/c06/h01/mnt/88637/domains/blog.irockcleveland.com/html/wp-includes/pomo/plural-forms.php on line 210
 I Rock Cleveland I Rock Cleveland | 2011 Pitchfork Music Festival Day 2: No Age 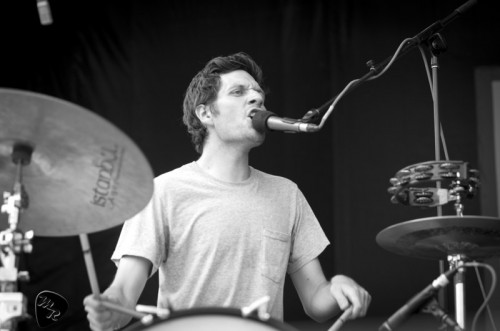 There are few guarantees in life with one being when the Los Angeles, noise-punk duo No Age take the stage they will rip.  Well, there was that one time in New York, I think, when they decided to play an entire noise set and the crowd was none to pleased.  And, ok, there were those first ten minutes Saturday at Union Park when guitarist Randy Randall and drummer Dean Sprunt fussed and fussed with those samplers and couldn’t get those two damn things to work.  Then, with a “Fuck electronics.  Fuck technology.  We’re No Age,” from Sprunt, they decided to ditch those samplers and go back to being an old-fashioned, noise-punk duo, and they fuckin’ ripped it up.

They played with more speed, more aggression, and more purpose than at any time in recent years.  Sprunt could barely be contained behind his kit as he pounded so hard, straining to reach the microphone.  Randall, on the other side of the stage, used this opportunity to rack that big stack of Marshall amps with furious noise.  He wasn’t My Bloody Valentine loud or Mogwai loud, but god, when he reared back the festival grounds were absolutely leveled with the sounds of piercing static.  For some, those sounds like screeching engines and gnashing gears had to be uncomfortable.  The kids in the pit sure didn’t mind.  They were whipping up one good time.  And Randall, tossing that guitar around, busting his ass and his neck, got more and more savage.

Twenty minutes in, No Age had another decision to make.  They had already saved their afternoon set by then, but they had also used up most of the material they had planned on playing.  This is where things got really good.  Sprunt leaned towards Randall calling out the next song.  Randall gave the nod and they smashed their way though a fierce take of The Misfits’ “Hybrid Moments.”  Sprunt gave another call.  They cranked up the action even higher for “Boy Void,” “Fever Dreaming,” and “Sleeper Hold.”  It was an old-fashioned, punk-rock shred-fest with ratcheting volume and swirling intensity and it was amazing.

Ten minutes left, there was another call from Sprunt.  They weren’t done quite yet.  This time it was another old 1-2-3-4, punk rock classic in Black Flag’s “Six Pack,” and another gnarly blast of guitar noise, and more fists in the air and more fury in the pit.  As Sprunt walked out from behind his kit, he stripped his soaked shirt and had the look of a man who came, saw, had his wits tested by cranky electronics and conquered a festival.  He leaped over the fence, crouched down with the crowd as Randall was on stage alone, ripping through “Everybody’s Down.”  It was a victory lap for No Age, their fans, and Rock ‘N’ Roll music. 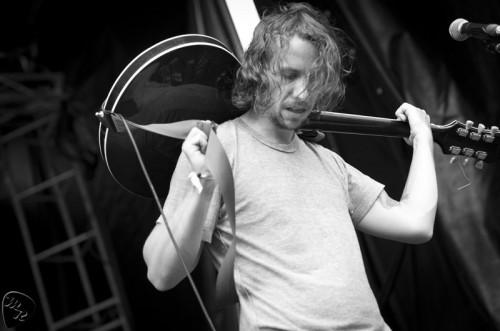 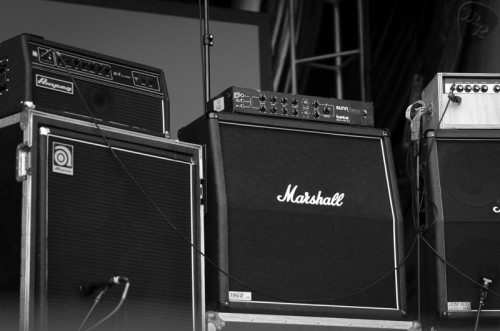